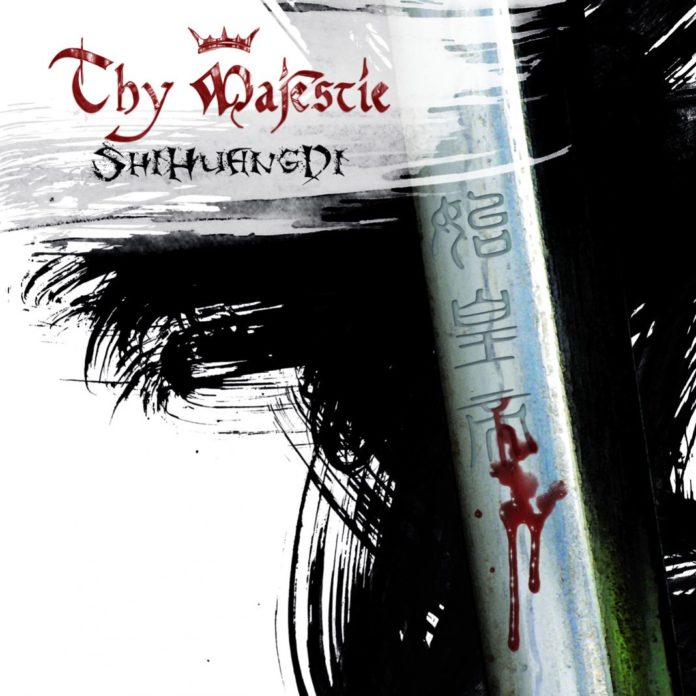 “It’s a long way to the top if you wanna rock and roll,” was the first thing that came to mind while I was reading Thy Majestie’s biography. After numerous line-up changes, insufficient funding for a tour with Kamelot and personal issues of the band members – the Sicily-based symphonic/power metal warriors are back and will once again try to conquer the merciless music industry with their latest release – ShiHuangDi.
The album itself, as the name would imply, deals with the Orient, more particularly the life of Qin Shi Huang, the first Emperor of the unified China, a man known for the great reformations he implemented and the “Terracotta Army,” a collection of sculptures depicting his military force – a truly iconic figure of ancient China.

While the members of Thy Majestie are undoubtedly great musicians and the album delivers a solid metal punch in the teeth, the album itself does not reflect the feelings the lyrics, the cover design and the theme are supposed to portrait. During the entire album the band delivers only a scarce portion of the Orient’s exotic ambience. Apart from a few short introductions and guitar themes, if you happen to accidentally stumble upon this album and not know that it is a concept album set in ancient China – you will be left oblivious to the fact.

Speaking about the music, it is a conventional symphonic/power metal recipe – no exotic spices or secret ingredients here. The band follows the traditional model their countrymen, Rhapsody (of Fire) established fifteen years ago, and although I wanted to avoid mentioning the most famous Italian symphonic metal act, it seems I cannot, as they obviously were a milestone in shaping this sound. This made me wonder if Thy Majestie wanted to play it safe and stick to this formula or just couldn’t see themselves experimenting. As for other influences, a strong mixture of Kamelot and Symphony X is present, particularly in the opening track, “Seven Reigns”, an epic and bombastic number with a catchy chorus and an amazing vocal presentation. The album is not without a few surprises; for example the sixth track, “Under the Same Sky”, which, after a symphonic introduction and a Manowar-like chant, explodes into a real heavy metal jewel with many rhythm changes and an outstanding vocal performance. Some of the other tracks that stand out are “Ephemeral” and “Siblings of Tian”, both with enticing guitar works and great arrangements. The biggest surprise would surely be the guest appearance by Fabio Lione (Rhapsody of Fire) in “End of the Days” a song that, surprisingly, does not sound like Fabio’s native band, but is instead more akin to progressive metal with a dark and heavy vibe to it – Fabio’s outstanding vocal performance contributing vastly to the feel. Regarding the sound, it is dazzling and very modern, the natural consequence of having used the renowned producer, Mika Jussila (Nightwish, Sonata Arctica, Stratovarius) at Finnvox Studios in Helsinki, Finland.

Overall, the album delivers your money’s worth of bombastic and symphonic tunes. However, the band seems to be stuck in the conventions this genre nurtures, and delivers nothing fresh that would captivate new audience. Thy Majestie is a strong act with great playing and composing skills, but if they want to survive the cruel jungle that is today’s music industry they will have to step out of the boarders and explore new elements; otherwise, they will drown in the ocean of similar bands nurturing the same sound and sounding awfully like each other.