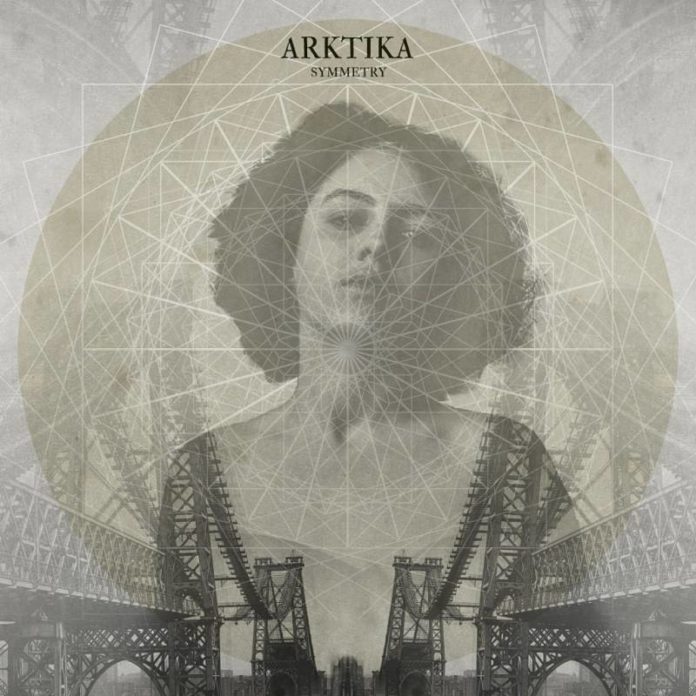 This review’s going to be a little more personal. Last year I discovered by chance a fantastic album by a band from Germany. The band was Arktika, the album was at zero (yes, lowercase is A Thing with this band), and they fused post-rock, hardcore and sludge metal in a way I really enjoyed. Their massive riffs, heavy atmosphere, awesome production and passionate vocals earned them a permanent place in my record collection (and as the wallpaper of my computer). Earlier this month they released their follow-up, symmetry, and it’s cool because it manages to retain what’s good about at zero without just repeating it. All the driving emotion that I enjoyed from their first record is back, and they’ve managed to diversify their songwriting a bit.

That diversification is key, because while at zero was awesome, it had basically one type of song – slow, wall of guitars with a guy screaming and a clean break once in a while. While I dug it, I was afraid Arktika would grow stagnant on their second release; fortunately, opening track “a praise for ghosts” is lively and energetic. Owing more to Pianos Become The Teeth than Neurosis, the track rings of ‘90s emo and hardcore, but the chiming guitars keep it from veering into tough guy turf. The second song, “broken flowers”, goes more into post-rock territory, with a heavy emphasis on the vocalist, which is good, cause his lyrics have always been pretty bomb. While at zero had some political songs, symmetry focuses more on relationships, but in both cases the band delivers excellent lyricism that’s driven home with an awesome vocal delivery. “broken flowers” has such a strong buildup that I was shaking in anticipation for how awesome it would be when the heavy part kicked in, and I wasn’t disappointed by the massive riffs. While there’s less of the wall of guitars that we saw on the first album, their more sparing usage gives them that much more of an impact when they do show up.

“the living receiver” is a neat little intermission, with a glockenspiel opening and ambient vocal samples over programmed beats and guitars awash in delay. Though I wish it had a little more energy, it served well as a buffer between “broken flowers” and “sermon”. “sermon” follows their earlier song structures (long songs ahoy!) but there’s a lot more going on musically than a bunch of guitar tracks stacked on top of each other. Guitars swim in and out of each other while the bass growls and echoes as the vocals switch between an almost spoken-word quality and the screams heard prior. Needless to say, it’s pretty sweet. The real highlight, though, is the epic closer “bridgeburner”, which goes incredibly hard. Not like in a “this will rip your head off” way, but in a way that makes you realize that this post-rock-hardcore thing really can work. Around the halfway point things start getting really serious, and the song kicks into high gear, easing up on the intensity long enough for a sample to rocket you back into the thick of it. Ugh, so good.

I did this review mainly as a public service to you all and to this band: Arktika now has two incredible records under their belt, they need exposure, and you need to listen to them. Don’t sleep on this.