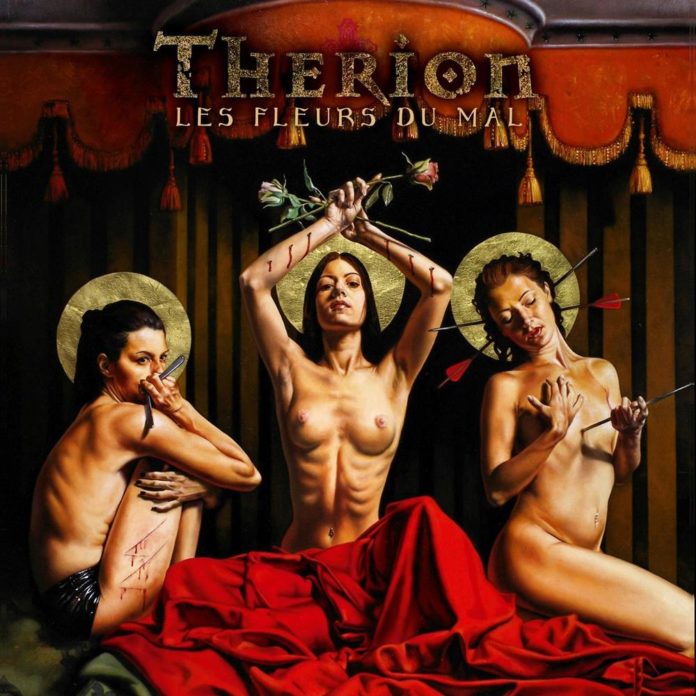 Although I know that I’m late to the party on this one, I think that I can present a decent excuse as to the reason why. You see, listening to Fleurs du Mal, Therion’s latest, album has been a strange experience, starting with a rather skeptical approach and ending with a complete devotion and love for the release.

Fleurs du Mal represents yet a new change in the style of Therion, a band that started with very strong death metal elements, turning into a symphonic metal band, sometimes called “opera metal”, and now adopting a completely novel (and hard to classify) approach.

While Therion has performed cover songs before (their odd rendition of “Summer Night City” comes to mind) Fleurs du Mal is an album made up of nothing but covers of French chansons, in what Christopher himself called “an art project”, and which had to be fully financed by him, since Nuclear Blast found it “too spectacular” (( This probably means that they thought the album either sucked or would not sell well… let’s keep in mind that this is the same label that released Sonata Arctica’s latest shitty album )).

Although Fleurs du Mal is, indeed, a project that differs greatly from some of Therion’s previous releases, particularly because of the scarcity of the massive symphonic elements that had characterized the band all the way up to Sitra Ahra, I don’t find it to be as eccentric as it has been portrayed to be (even by Christopher himself); honestly, if you were to judge this release based exclusively on Youtube comments you’d think that Christopher went batshit insane and released an album mixing dubstep and salsa.

The performances in the album are as superb as you’d come to expect from a Therion release, with a production value that is truly outstanding, especially considering that it was not financed by a label. The only complaint that comes to mind is that Lori Lewis’ pitch seems to have been a bit too high in some tracks, particularly in the first rendition (yes, there are two) of “Poupée de cire, poupée de son”, although it only happens a couple of times throughout the track.

The album’s energy and style varies from track to track, from the Operatic-ish “Poupée de cire, poupée de son”, to the energetic “Je n’ai besoin que de tendresse” (a song that I’ve listened to more times that I’m willing to admit) the melancholic “J’ai le mal de toi” and the slow paced (albeit comedic in nature) “Les sucettes”, all of which deserves special credit, considering that they’re all transformation of pop songs (including a couple of Eurovision songs).

Fleurs du Mal, together with the accompanying 25th Anniversary Tour (“Flowers of Evil Tour”) is the last we’ll see of Therion for quite some time, as Christopher will go into a prolonged hiatus to work in a metal Opera (or, as he describes it, a “REAL metal opera”, drawing a clear distinction between this work and the similar attempts by bands such as Savatage). While this saddens me, since I have really enjoyed their concerts and releases, I am hopeful that whatever Christopher releases will be just as mind blowing as everything he has done so far.