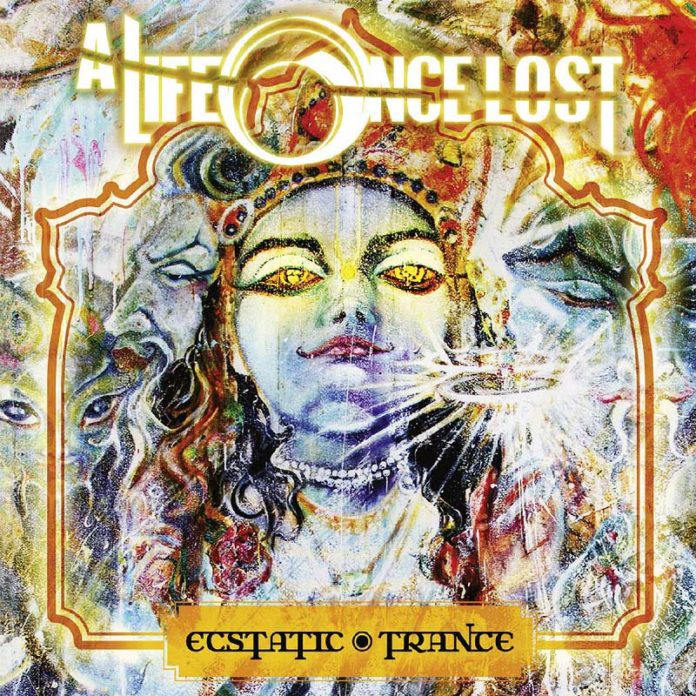 There comes a time for every self-proclaimed metal journalist, when he is faced with a dubious release. You spin the album round and round, trying to find all the good sides and not to wrong the band by bashing the release too much. With A Life Once Lost’s new studio effort, Ecstatic Trance, I was faced with the same, difficult challenge.

The good points of this album include the well-produced vocals, reminiscent of In Flames’ Anders Fridén. The guitar sound is also superb. The guitars have a sharp vibe that is most evident during the solo parts, some of them played with a great bluesy edge to them. In fact every aspect of the production deserves the highest of praises. However the music suffers from a very serious syndrome: the songs have no structure whatsoever, and instead each and every track is based on a single riff, played over and over, up and down the scale. There are no surprises, no hooks, and no changes whatsoever. The album just loops like a broken record. What’s even worse all the riffs sound awfully like each other, so by the end of the fourth track, “Miracle Worker,” you’ll just wish for it to stop. A small relief comes with a short interlude, “I Am,” with a southern inspired guitar work, or “Empty Room,” which starts off with a catchy riff and one unlike the rest on the album; but before you’ll have the chance to enjoy it, you’ll realize that this song follows the same old pattern as well, and before you know it one of the best riffs on the record is just dragged across the scale all over again.

By the end of the album you’ll realize that you’ve gone through a 35-minute record feeling nothing but apathy. There are some great, bluesy solos here and there, like in “I sit ill,” and the vocals are more than satisfactory, but both not nearly enough to redeem the repetitive, uninspired background. If you somehow reach the end of the album, I honestly doubt that you would be coming back to it anytime soon.

Metalcore is known for being a highly versatile genre, with various members having various musical backgrounds and providing different input, but Ecstatic Trance does not posses any of those qualities. It might be appealing to a chosen few who might be able to hear something us simple folk can’t, but when it comes to wider audiences, this record has close-to-nothing to offer.