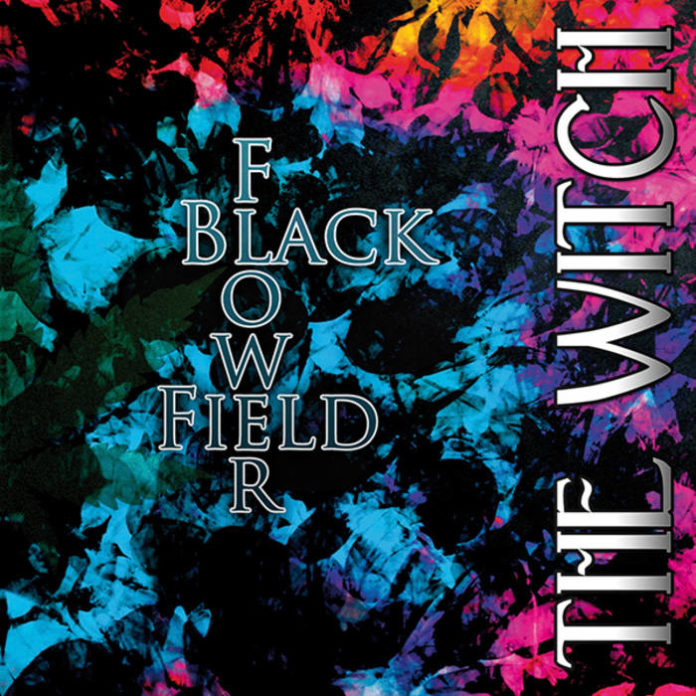 I have a tendency to make judgment calls on bands before I’ve heard a single note of their music; with a name like The Witch, I assumed the music would be of the stoner variety, specifically the current trendy occult rock side of stoner metal. Since there are a ton of bands with the word “witch” in their name, and many of them are part of that niche, I thought I was drawing a safe conclusion. Surprisingly, while Black Flower Field, the band’s latest EP, does have some stoner tendencies, they are not in the direction I expected it to go at all.

“Skeleton Soul” opens the EP with a sound clip from one of my favorite movies, Pulp Fiction, before going into a super crunchy riff that reminds me of Leviathan-era Mastodon. In fact, that’s what mostly what the music reminds me of, the progressive-minded sludge/stoner metal of bands like Mastodon and Baroness. While I was expecting slower, moodier tunes, with a retro style production, a lot of fuzz on the guitar and bass tones, there is some fast heavy riffing, huge drums, rumbling bass, and vocals that are half sung, half screamed. The big draw here are the riffs, with loads of melody packed in them and a lot of great lead guitar work (“Hellride” is the best example of this, as it packs all the elements of the EP into one song). The production is excellent, the levels are high enough to let you hear every member of the band without any trouble, while not being overpowering on the volume.

The only issue I have is that the band sounds a little too much like Mastodon; while Mastodon are a great band, and great bands tend to inspire a lot of new bands to explore similar sounds, The Witch aren’t exactly subtle in their love for them. That’s not to say that it’s a soulless rehashing of old Mastodon songs, since there is certainly a lot to like here, but it just doesn’t really differentiate itself from them enough for my liking. The Witch are an excellent band, and have a lot to offer, I just hope to see them try some new things on their next record.