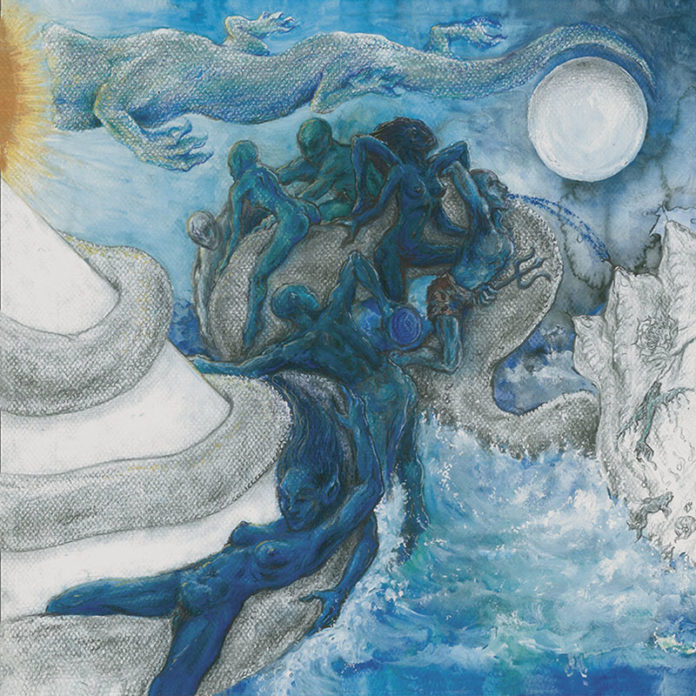 It’s incredibly audacious and uniquely rewarding when a band whose music is so deeply historically-rooted in the ideology of a certain culture begins to take inspiration from elsewhere. Occultism and primitivism are hardly the freshest themes you can employ in your new black metal project, but a Scandinavian black metal band taking thematic cues from far-Eastern mythology? Now you’ve got me interested. Finnish duo RAHU take this to heart in order to deliver a full-length full of vibrant and cosmic black metal with lyrical roots in Eastern mysticism, Vedic astrology and Hindu mythology.

From start to finish, The Quest for the Vajra of Shadows (not the snappiest title in the world) feels like a total journey. The band’s main influences are clearly more close to home, however. Initially, the album feels built from the ground up to mimic all the typical cues of a black metal release, but soon after you’ll find a lot more references taken from more progressive USBM artists such as Bosse-de-Nage and early Deafheaven. More unconventional influences display themselves too when the band approaches the more ‘cosmic’ feels of the album, with some almost psychedelic, blues-esque guitars and amazingly intricate drums that pummel, groove and crush all at the same time.

The lyrics really strengthen the record too, evoking imagery as deep and rich as the vivid cover art that portrays the album’s content perfectly. If you’re looking for a unique approach to occult black metal with some space-rocky vibes, check it out. Like bands such as Dressed In Streams, the unique portrayal of tried-and-tested themes are worth a listen just for that. Namaste.