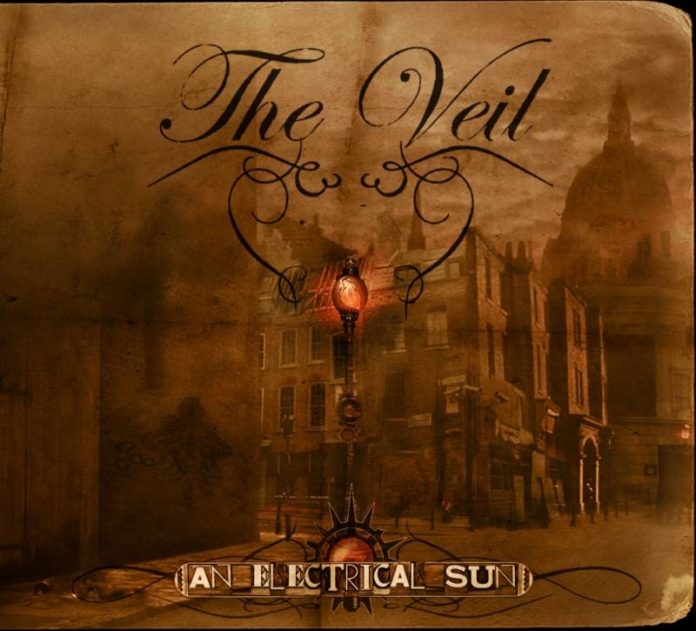 In the ever changing world of metal, where trends come and go, it becomes harder and harder to find certain sounds and atmospheres which have long been forgotten. What is known today as “Symphonic Metal” or “Female Fronted Metal” was once referred to as “Gothic Metal”, even if it wasn’t truly “Gothic”, but who really cared back then? Bands such as THEATRE OF TRAGEDY, THE GATHERING, TRISTANIA and LACUNA COIL were enchanting us with their dark melodies, while their singers, each unique in her own right, did their best to lure us in.

Alas, times have changed, bands have come and gone, some as incarnations, others as reformations, and the darkness that we oh so loved, was exchanged with lighter and more approachable melodies – the eerie sounds became orchestrated, the harsh guitars became rock-oriented, and the singing became operatic or popish at best. With their analog approach to everything, France’s THE VEIL are here to prove that there’s still some darkness left at the bottom of the ocean, and all you have to do is hop on the “Ghostship” and set sail to find it.

“Beautifully Broken” is our first real encounter with the band’s tunes on “An Electrical Sun” and indeed, it is well suited for the occasion. Mixing harsh guitars and electronic sampling, the band takes its time before introducing Jensara Swann on vocals. Her singing will be hard to digest at first listen, style-wise, it is not your typical classical or big energetic voice, but rather a very somber and enchanting one – think early LACUNA COIL. Every word has weight, every emotion is present, and it’s all wrapped under a heavy attitude, just the way I like it.

I must admit that this is not my first encounter with this French group, but ever since I heard their EP “Vestige” 5 or so years ago I have been paying attention to their activity and waited patiently for their debut to come out. Afraid that what I heard was only a brief excursion before settling on more “grounded” territory, I was happy to find out that “An Electrical Sun” has not strayed off course, but just improved on THE VEIL‘s unique talent of weaving aquatic tales (in English!) with weird and out-dated instruments or sounds. “1908” is another fine example of such approach, even if to me it sounded like a gesture to Bronski Beat‘s “Smalltown Boy” (which the metal world seems to be very fond of) – but this time around, it’s very tasteful.

Listening to the album you’ll find a lot of electronic influences, from Synthpop to Dark-Wave to some very extraordinary samples but, as I mentioned, the dark and heavy atmosphere underneath is what makes the band more metal than anything else. Neb Xort (ANOREXIA NERVOSA), who’s been the band’s shadow since its early days, is responsible for this effort. He really managed to find the perfect balance between Ben Notox‘s synths and keys, to Chris Besson‘s guitars and Thomas Njodr‘s drums. “Viva Noktura” will show you exactly what I mean, as it is heavy on both ends of the equation, with only Jensara there to guide us through the storm. Speaking of Jensara, she playfully takes advantage of her entire vocal talents – from soft to harsh, from cold to warm, and from slow to fast attacks.

“An Electrical Sun” is quite a heavy album, with only minor breaks and one semi-ballad (“Call Of The Trobador”) for us to catch our breath on. Though I do appreciate the slow and emotional, especially in this style, I admire the fact that THE VEIL has no regrets about not appealing to the masses in this regard. Fans of EPICA or NIGHTWISH will sure have hard time to swallow this album, since its stands decades away from these bands both in sound and atmosphere. Then again, if you grew tired of such bands (or were part of the “Gothic Metal” movement all those years ago), I encourage you to take a dive and give THE VEIL a listen. You won’t regret it.