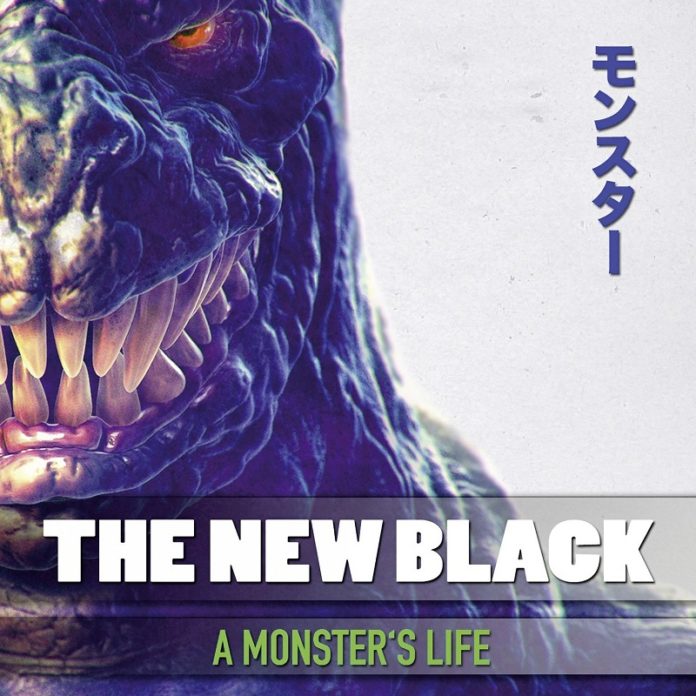 This fourth album from the Netherlands’ The New Black is the group’s first to not be self-produced, having brought in long-time Volbeat collaborator Jacob Hansen to handle mixing-desk duties. Though billed as “heavy rock” in their press material, anyone expecting the ’70s-sounding, Black Sabbath-honoring sounds that style descriptor has come to represent will be quite confused when listening to A Monster’s Life. Indeed, this album is far more accurately described as hard rock with some extra metal touches.

From the infrequent ramping-up of the drums into actual battering beats, to the arena-friendly vocal styles, power riffs, and radio-sized portions (with every single track’s duration falling between three and four minutes), it’s an album which seems eager to appeal to as wide an audience as possible. It’s certainly lean, with a total duration of 36 minutes split between the ten tracks, and beyond the cadence of the choruses and specific arrangements of the beats, there’s not much to differ one song from the next, or the album as a whole from the output of most mainstream hard rock acts still plugging along.

There’s an exception or two, as with the uncluttered opening and bridges of “Send in the Clowns”, or the semi-country rock twang of “Buddha Belly”, but these don’t amount to much in the big picture. Depressingly, there’s even one song (“Dead in the Water”) put together to let inform people who might expect something more or simply just fresher from the band, that while “You say that we’re dead in the water / The water’s just fine”.

If what you’re looking for is the musical equivalent of a franchised ‘home-style’ restaurant, with offerings that get to excuse their blandness as part of their charm, then you’ll be well-satisfied by The New Black‘s latest album. I write that out knowing that it could be pull-quote edited down to “If what you’re looking for is… charm, then you’ll be well-satisfied,” but I’ll hold faith that either that won’t happen, or that enough people will read the full review to know the actual feelings behind those words.

To sum it up, while you could have an OK time listening to this, it would be kind of depressing if you did. There are so many bands out there putting more thought, creativity, energy, style, complexity, and/or soul into their output, that to settle for this is to willingly push away from all the stimulation and excitement you could have in favor of prosaic predictability. Life is too short for dull music.

IN A NUTSHELL
Decent hard rock that's a little harder than average, but still pretty stale and almost actively resistant to innovation
POSITIVES
Competently-executed
OK chemistry between the band-members
NEGATIVES
Trying to come up with something distinctive about the band's sound is an exercise in frustration
2.5