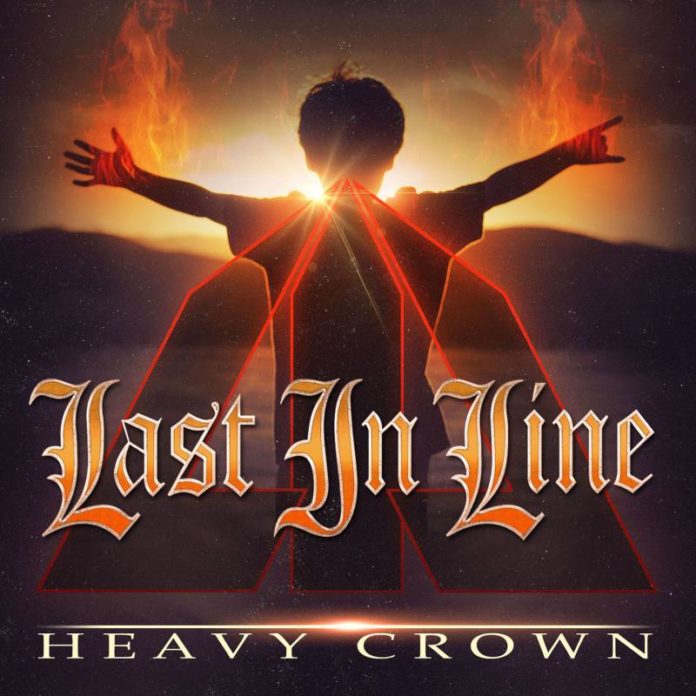 And so, the project of the original Dio band members, minus Dio himself, has finally come to fruition. I was very skeptical about how Last in Line was going to turn out when I first heard about it. I mean, I loved the Dio band, but since Vivian Campbell’s departure he has said some very mixed and inconsistent things about not only Ronnie, but also about the whole concept of that band. Also, his studio work since then has been far from squarely metallic; Def Leppard is his primary project, and that’s a band that abandoned heavy music long ago. Finally, the fact that they pulled a relatively unknown singer for the project made me fear that they would try to turn the man into a Dio imitator.

Andrew Freeman was actually a great choice for a vocalist. He doesn’t really sound particularly similar to RJD, but does occupy that same kind of gruff, mid-range vocal kind of territory that fits so well with this band. This creates a unique product overall, but also allows for moments that sound similar to some of Dio‘s work. Vivian‘s guitar work is on point as well, that earthy tone that those early Dio albums made such great use of being present and accounted for. His leads shine bright and are used to great effect on songs like “Orange Glow” and “Starmaker”.

What a classic, powerful, earth-shaking rhythm section this band has. Vinny Appice and the late Jimmy Bain prove, with the help of crisp, modern production, just why the Dio band was such a potent metal force in their original form. Vinny throws out some of the best fills of his career, and Jimmy‘s bass tone provides the foundation for the whole band, filling the spaces in the sound with a chest pounding fire that few bass players are truly capable of achieving (see also: Geezer Butler).

Another way that they avoid direct, one-to-one Dio comparisons is by not being slavish to the fantastical lyrics. While there are songs that definitely tread that ground, there are also lots of real-world lyrical themes to be had. All of these elements are brought together with a crisp, warm, live-feeling sound that departs from what I’ve come to refer to as the “Frontiers formula” production style. The album is all that much better for it, being grounded in the best traditions of late-70s, early-80s heavy rock traditions without being slavish to those conventions.

While it won’t blow your mind, Heavy Crown proves to be a great release that calls back to a lot of those classic metal traditions that were the calling card of the Dio band, but also succeeds in being modern and vital in its own right. I could think of few better ways to send off Jimmy Bain to Valhalla than with a record of this caliber. Buy it!

IN A NUTSHELL
A solid release that won't blow your mind, but I guarantee you'll have a lot of fun!
POSITIVES
Great performances all around, without trying to rehash the glories of the Dio band
Songs that compel the listener to sing along
NEGATIVES
Feels just ever so slightly "Safe" at times.
4.5