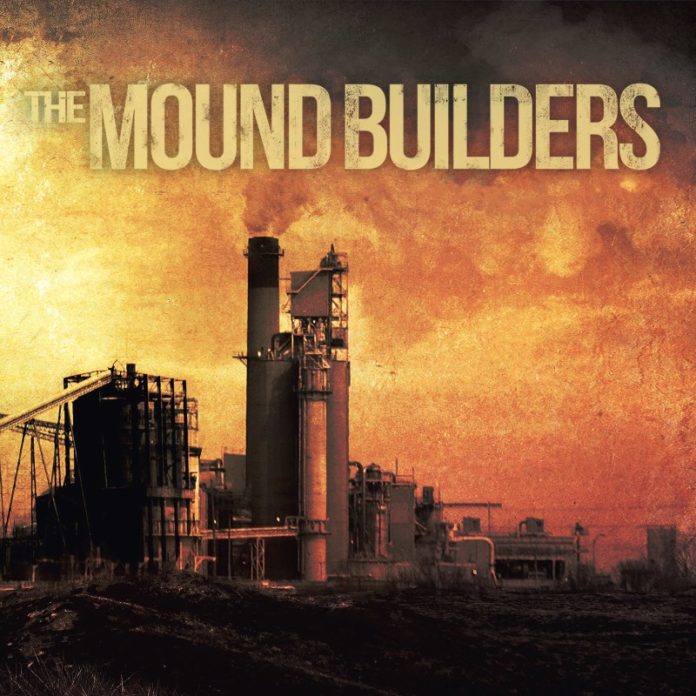 It’s been a couple years since The Mound Builders‘ last release, but their split LP with Pale Horseman left a good impression in me, as did their Wabash War Machine EP another two years before that. Since in the span of those two releases they moved from a sludgy strain of desert rock to more of a traditional doom metal approach (though still with a dirty edge of individualistic flair), I was eager to hear how they’d tuned things this time around.

Happily, the heaviness is still in strong effect, from the gnarled chord crashes on through the beating drums and fiercely craggy yells, but with the larger number of songs they’ve have also expanded their stylistic palette, making them much harder to pin down to a single genre. While the riffs are deep and powerful, they’re very clearly there in service to the song, instead of the song being just a bare-bones vehicle to serve up one or two riffs the band put together and thought sounded cool. That latter approach shows up too damn often in heavy music, so it’s refreshing to hear TMB‘s more thoughtful method of song-writing, especially when it’s combined with songs that sound like they’re about to reach out of the speakers and rip your face off (“Hair of the Dogma” being a great example of that energy).

In addition to the sludge-inclined swampiness of the bass and drum attitudes, there’s suggestions of some NYHC appreciation bleeding through in the harder and faster moments. The rasping intensity of the vocals makes it a bit hard to hear the doom tastes at times, though they come through more clearly with the big instrumental runs (check “Acid Slugs” for an example), but I’m sure there’s large swaths of doom fans who’d get a lot of enjoyment out of this album despite that.

Along with the variance in style, TMB mix it up with the song lengths as well, running from a concentrated two-and-a-half-minute banger up to a couple of wide-roaming excursions, to open and close the album, which each top seven minutes. The band doesn’t just adapt different genre rubs to the same basic song-writing, they’re very clearly putting in effort to stretch their capabilities in any way they can, and it pays off fantastically. As the band’s first full solo album since 2011, it’s a great testament to the work they’ve been putting in over the years, and a damn good listen in its own right.

THE BOTTOM LINE
Something to challenge your expectations and put a blast of genuine aggression back into heavy music
Reader Rating2 Votes
POSITIVES
A great range of style and song-writing approaches while maintaining a clear sense of character
Riff usage that pays off for both the riffs and the songs
Avoidance of easy comfort zone material
NEGATIVES
The persistence and narrowness of the near-scream vocals gets a little tiresome by the end
The employment of the instruments doesn't get as much variety as the song-writing does (e.g., no use of feedback as part of the music or switching drum kits)
4