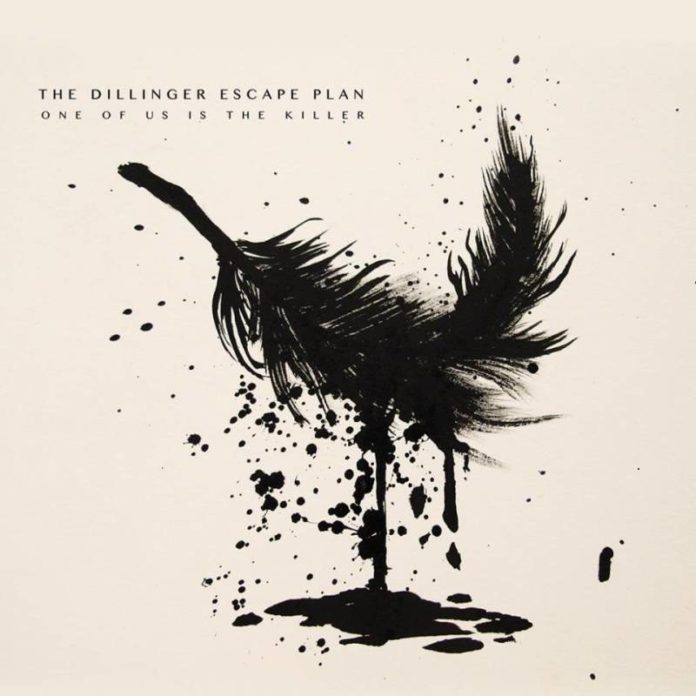 The Dillinger Escape Plan (TDEP) has been by far one of the most consistent bands in metal/hardcore. Album after album, they continue to put out music that genuinely seems to impress almost everyone. One Of Us Is The Killer is no exception. Just listening to it, you can tell that every single detail was meticulously crafted – this wasn’t something that was just shoved out the door in a few months time. One Of Us Is The Killer will probably go down as one of 2013’s best albums.

For fans of The Dillinger Escape Plan, you’re going to feel right at home. One Of Us Is The Killer continues with the refinement in TDEP’s sound that started in Ire Works, and takes it even further. Moments of pure chaos are tempered with melodic parts and catchy melodies – and it all sounds great. If you’ve never listened to TDEP before, you might be thinking “Well no shit, every other band does that these days too”. Well, I can almost guarantee you that 1) TDEP have been doing this for longer than those other math-metal bands that are just figuring this out, and 2) they’re way, way better at it than they are. The first few songs convey this point so clearly that it’s hard to brush off. “Prancer” opens up the album at the blistering pace you know and love from TDEP, but the next few tracks show a different side of the band that isn’t present on their previous works. “When I lost My Bet” and “One Of Us Is The Killer” invoke an eerie atmosphere that works to make you slightly uncomfortable – and it’s awesome. It’s just different enough to make you wonder what’s going on, but familiar enough for you to not immediately judge it and go “Oh, this doesn’t sound like Dillinger at all! What the fucking fuck!!”.

This fine line of balance is continuously walked throughout One Of Us Is The Killer, and it makes for an absolutely remarkable roller-coaster ride. Listening to this album is an experience – by the time “The Threat Posed By Nuclear Weapons” rolls around, you’ll find yourself struggling with two decisions – to take a few minutes and reflect on what exactly you just listened to, or to just immediately listen to it again. I can assure you, you’ll be happy with whatever choice you make. I’m happy to say, also, that One Of Us Is The Killer just gets better with repeat listens. It really illustrates the point that these aren’t just a bunch of dudes wailing away in awkward time signatures just because they can; they get what makes good music. You’ll notice details on repeated listens that you never noticed before. I particularity like listening to the drums, because they aren’t just used to drive the album forward and match whatever the guitars do like in a lot of other bands, but instead they’re routinely used as the catalyst to dynamic shifts of music within songs. Guitars are their signature spastic-sounding self on One Of Us Is The Killer, and they sound fantastic. Of course, Puciato’s voice sounds great bellowing throughout the album; did that even need to be said?

The only thing negative I’ll say, is that I miss the production on the bands earlier albums. Calculating Infinity and Miss Machine had a very sharp sound to them – almost like you were pushed into the middle of a knife fight. One Of Us Is The Killer sounds good, but lacks a little punch. With an album this good though, it’s easy to overlook.

There’s really not much else to say, this will probably be one of 2013’s best albums. Why the fuck aren’t you listening to it right now?

All Pigs Must Die – Nothing Violates This Nature