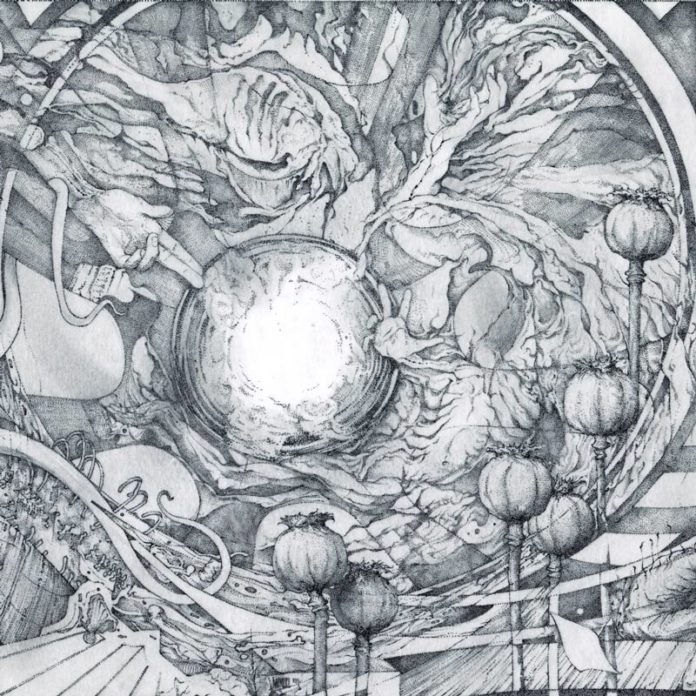 When a band announces that they plan to “return to nothingness,” you can expect to not hear anything from them for a good long while – definitely not a new full-length release. But The Devil’s Blood is anything but a regular band. Their occultist rock, taking musical influence from classic 70s heavy-before-heavy-was-heavy music like Blue Oyster Cult along with ideological inspiration from Satanic black metal like Watain, has been blowing minds and nodding heads around the world for the past seven years. When they announced their disbandment, a chorus of lamentations echoed from the lips of fans around the world. But the band has heard our cries for more.

III: Tabula Rasa, the third record in the TDB canon, takes its name from the Latin phrase which literally means “blank slate,” but can also refer to the philosophical idea of how our personalities and identities are primarily shaped by our experiences. Conveniently, it could also refer to the curiously unfinished state of this record. Well, maybe that’s not entirely fair; there’s much more here than nothing. What we’re presented with is a collection of sketches that would have ultimately become full songs; a very rough and rudimentary mix of what their third album would have looked like. There’s more here for us than just a blank slate, but it still feels pretty insubstantial.

The musicianship of TDB is up to standards, as always; The Voice of Satan is resonant and rapturous, and their definitive multiple interlocking guitar parts boast some of the most impressive shred wizardry this side of the River Styx. But as far as a TDB album goes, this is the bare minimum that you’d come to expect, and almost everything else comes up short. The first and easiest complaint to make is that the production sounds weak and paper-thin. This is a very rough mix, as the band will be the first to admit, so it’s to be expected that the album lacks most of that post-recording punch. But the songs feel weightless and airy, and can barely command your attention for the time they take up.

The most disappointing thing for me upon hearing this is that the album’s completely devoid of the addictive and infectious earworms that made The Time of No Time Evermore and The Thousandfold Epicentre such an enjoyable listen. You could mention the phrases “Fire Burning” or “Christ or Cocaine” to me, and I’d have known exactly what that song sounded like after just one listen. But if you mention “Dance of the Elements” or “The Lullaby of the Burning Boy,” I’m going to be completely lost. TDB seem to have taken their direction more towards the progressive and atmospheric for this album, abandoning their pop songcraft sensibilities in favor of their work which draws more from the soundtracks of Ennio Morricone. It worked when it still had a sense of catchiness, like on No Time Evermore’s magnificent closer “The Anti-Kosmik Magick,” but on Tabula Rasa it sounds more like directionless wandering through a musical land of Nod. God help me if you try and get me to name my favorite moment from the bloated and unwieldy 22-minute(!) opener, “I Was Promised A Hunt.” Yeah, and I was promised a good album.

For TDB fanatics, this is a necessary chapter in the band’s discography; the band themselves have said so. For lesser fans and the uninitiated, their earlier works stand head and shoulders above this lesser offering. You’d be better off throwing on Evermore again for the five millionth time (God knows I will!). What you’ll receive on Tabula Rasa is sketches of songs and dim visions of what could have been if the band had remained a unit. But personally, I always thought that TDB’s material worked far better in a live setting, where the band’s penchant for improvisation and spectacle transmutes their repertoire into the heights of unholy ritual. It’s a goddamn shame we’ll never get to experience these songs in that transformative and transcendental way.