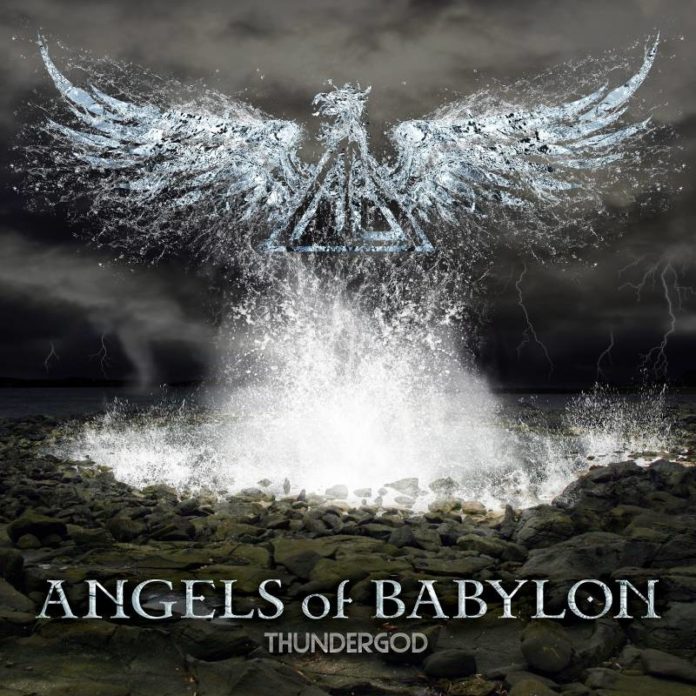 I’m sure I’ve said it before, but heavy metal is a lot like food. In this situation, it’s akin to the current crisis in the food industry pertaining to GMO and other dangerous additives. In metal, there are similar concerns being raised in terms of production recording techniques. It would be that in times past you didn’t have to question the validity of a band’s musicianship, since it was all recorded on tape and there was very little in the ways of “modifying” the track. But nowadays, you constantly question what you hear; how much of it is quantized, how much of it is triggered and so on. The term “studio band” gets thrown a lot these days and rightfully so; what was meant to simply function as a means to polish a track quickly became what held it together. Having worked in recording studios, I often heard from the producer “Good enough”. I wonder what they were planning?  What results after all of that post processing is an artificial band that sounds just as artificial and awful as you’ve come to expect. Luckily, as Angels of Babylon prove with their new album Thundergod, not every band is like that.

There’s no part of Thundergod that doesn’t ring true to the era that it harkens to; Thundergod is a full 53 minutes of 80’s  Manowar style “true metal” that somehow manages to sound clean and not out-of-date . The production is clear, warm, but most of all sounds natural; there’s a real human element to the recordings, the drummer is allowed to breathe and give a groove to the beat, rather than riding a metronome so rigidly. The early power metal combined with elements of Accept style speed attacks are great additions to the genre which has seen so much great entries in the past few years. Apparently, power metal is popular in times of panic or in recessions. This isn’t an actual fact, but someone should look it up. I’m sure it’s true.

But while Thundergod doesn’t really impress out of the gate, it does warm up in the early half of the album, carrying a sort of reinvigorated power metal through the streets of your medieval city. Pull off your favourite 80’s album from the rack and compare the audio quality and I’m sure you’ll find a great resemblance. Only of course, Angels of Babylon sound better. While a lot of the albums in the 80’s had somewhat of a thin sound to them, but Thundergod takes the very best of that decade and re-imagines it for the new world.

However, for everything that Thundergod gets right, it also gets many things wrong. Unfortunately, it seems that sometimes Angels of Babylon simply just got lazy. Call me crazy, but it really does seem that you could pen a few more words into a chorus than just saying “thunder god” over and over again. But is it meant to be like that? I don’t think so,  considering that the choruses for songs like “King of All Kings” “True Brothers” “White Star Line” are so great and feature several words, not just one. I can’t help feel that very same attitude permeating the songs themselves, and while all the songs have memorable moments, I couldn’t help but feeling that the album could be shorter by a few tracks or cut a few parts here and there. Unfortunately, the powerful pace that Thundergod starts out with often dips throughout the album and fails to maintain consistency with some of its better songs. And while prog elements are more than welcome, there are parts where it just feels that an idea drags on for too long and Angels of Babylon seem to lose focus. Why you would throw in a random sample of Charles Manson speaking, I don’t know. It wasn’t necessary and it certainly doesn’t add anything to the song. Unless you’re Slipknot, you really can’t get away with that.

The takeaway from Thundergod is somewhat of a mixed bag; while it does have a lot to contribute, it’s somewhat of a strange album. Given some extra time to tighten the riffs and the lyrical content, it could have been an absolute smash. When the album gets it right, it really gets it right. That much is clear. That just didn’t happen this time.