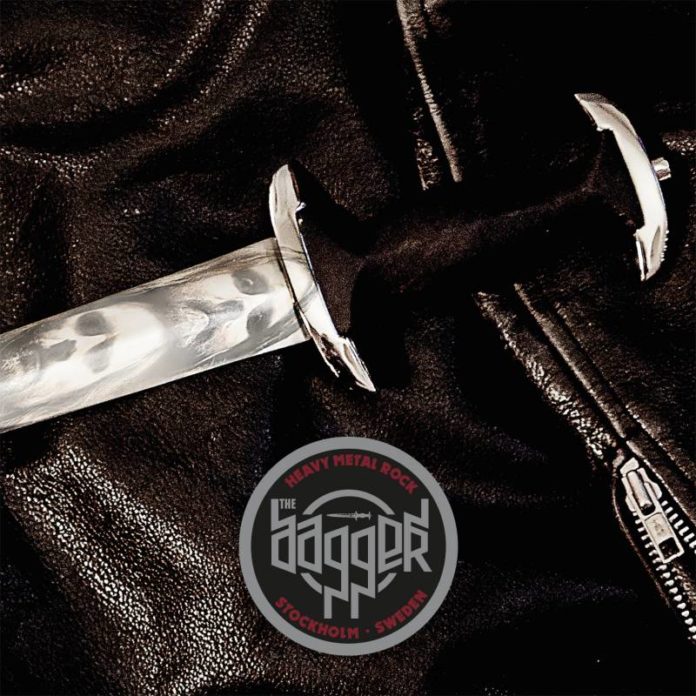 In this age of vintage fashion, throwback culture, and 16 year-olds relentlessly hammering “like this comment if you know REAL MUSIC!” into Zeppelin songs on YouTube, it’s obvious that glorifying the past has never been more profitable. Out with the new, in with the old, and all the passé revival trends that come with it. Your average ‘retro’ band comes in three varieties: Solid fusion of current and classic styles, nothing challenging but still fun, and “ugh”. Sweden’s The Dagger fit somewhere in the middle, fashioning their attempt at 70s ‘beer n’ roll’ heavy metal with their debut full-length on Century Media.

What makes The Dagger a strange anomaly in the ocean of revival bands is their self-awareness. They acknowledge how they could be brushed off as another dime-a-dozen revival act, and make a strong effort to stand out by focusing on creating an authentic reproduction of classic bluesy heavy metal, capturing its essence more accurately, as they believed that others lacked ‘the right feeling and sound’. They make no bones about being influenced by Iron Maiden, Judas Priest, Rainbow and the other classics, but aim for consistent quality and captivating songwriting, trying to not be written off as a one-trick pony.

Either way, if The Dagger aimed to nail the right ‘feeling’, they’ve got it in spades. It’s strange when one of your favourite parts of an album is the production, but the warm, crisp sounds on each song give them a huge boost in atmosphere and makes them feel so much more real. Oh, and the percussion? Delicious. The toned-down weight of the drums give them a more ancient feeling, and let the other instruments breathe more. Every wailing guitar and every ring of the organ is balanced out delicately and feels like it was put together in a ’70s recording studio.

As for the songs, they use tons of the expected songwriting tropes of the style, and while uninspired and often formulaic, the flawless performances get a huge amount of mileage out of the album. Although they are replicating the classic devices that you’ve heard time and time again, they do so in a way that feels so passionate and heartfelt that it’s hard to find fault in it. The thing is, The Dagger don’t really aspire to be anything more than a rock band. There are no lengthy solos and no pretentious lyrics, it’s just traditional heavy metal done really well. There’s nothing much to say about the songwriting, since it’s all been done before; although it would be easy to criticise the album for being imitative and unoriginal, that would be looking past its’ real purpose. It’s a fantasy album. Even past its pinpoint accurate sound and perfect imitations of songs, The Dagger have a much more endearing quality to their music than their contemporaries. From the first cymbal hit, the album takes you back to an age of denim and leather, making you feel like a teenager listening to Sabbath for the first time. The whole album has a youthful glow to it, filled with boyish, adolescent fantasy. It doesn’t just have the right sound or the right playing, but the right feeling, and for that reason it kicks dirt in the faces of other bands’ half-hearted attempts at sounding ‘genuine’ and rides off into the sunset, clad in leather and steel in hand.