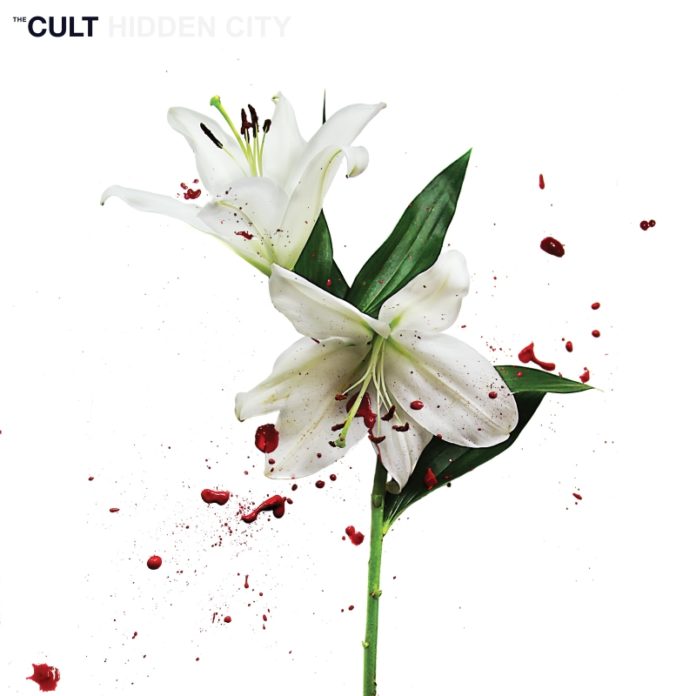 Hidden City is the first truly new album to emerge from long-running band The Cult since their 2012 release Choice of Weapon. If you didn’t know that The Cult were still active, don’t kick yourself too much; for most of this century, they’ve been doing digital releases of live shows and EPs, and though they made a declaration that there would be no more full studio albums, that was recanted after a few years.

Starting Hidden City with “Dark Energy,” the band sets out with a classic-sounding hard rock riff and some rough edge to the guitar tone, sounding retro without trying too hard, something that also shapes most of the album. Pleasantly, the focus seems to be on simply crafting solid rock songs with a few touches of their post-punk past flavoring the mix, and while the results do sound a little dusty at times, there’s more than enough energy put into the performance to shake it off.

There are pieces of songs which could be pointed at as being simplistic, but the bridges, solos, and tangents taken by the band add some extra depth in between the straight-forward efforts to get listeners swaying along, so by the time the album hits its quarter-mark, there’s a comfortable enough groove established to go along with it. After more than three decades of existence as a band (break-ups, line-up changes, and various hiatuses aside), the group has a strong sense of how to balance out the singing with instrumentally-focused sections; the trading back and forth between these focuses (and their build-up to combo crescendos, as in “Dance the Night”) make for some stimulating listening while giving the sense that the band still has a strong interest in trying new approaches instead of settling into a rut.

Also impressive are the slower songs (sections of “Lilies” and all of “In Blood” being good examples), which are few in number, and which tread some emotional territory comparable to the more introspective material on Iggy and the Stooges‘ Ready to Die, or parts of Bowie‘s Heathen. Attempts to fuse the heartache with more assertive and up-tempo arrangements (“Birds of Paradise” and its quaking appreciation of mortality come to mind, or “Deeply Ordered Chaos”) hit some rich resonance in mood and tone, and fit with the band’s gothier songs of yesteryear, although the slower ones feel as if a bit more is being exposed in their playing. The Cult do themselves favors by not settling into any one of these modes for too long, keeping things shifting and leaving it up to listeners to settle on their individual favorites. It makes for a well-rounded experience, one which feels like a rarity in the modern saturation of concept albums and genre tunnel vision.

When it comes to the production, although it’s nothing particularly special, it fits the songs and their character very well. A faint fuzziness at the edges adds extra rawness to the strings without impacting their clarity too much; the drums hit hard without being piercingly crisp, and a little bleariness suits the understated weariness of the vocals and occasional piano-work like smoke in the air. It works in a way that leaves focus squarely on the actual performances, which put in staunch efforts to earn that attention and reward it.

This album shows that there is still room for life and originality in hard rock. Clearly, it just takes a band willing to strive for it.

IN A NUTSHELL
A strong album with surprises in store for old and new listeners alike, and enough to merit repeated visits for full familiarity
POSITIVES
Still plenty of evident creativity behind the band's efforts
Fidelity to the roots without being fossilized by them
Emotion that doesn't fall into weepiness
NEGATIVES
The music may be too old-fashioned for some listeners
The vocals are often buried by the instruments
4

That’s not what the article says. It reads “Hidden City is the first truly new album….”
Since 2012 they hadn’t written new material, having only released a compilation and a live set.
Don’t get your panties in a bunch and read the articles before you get so pissy about them.

Thanks for stopping by!

The Ghost Inside – Get What You Give