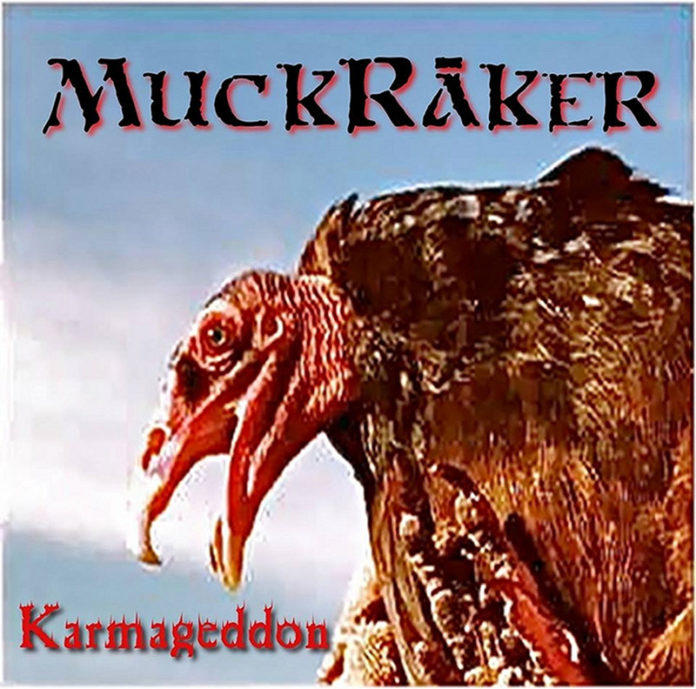 With a band name like MuckRaker and an album called Karmageddon, I expected some backwater, hillbilly, redneck bullshit. Although a quick search found that “muckraker” is slang for investigative journalism, the way the band placed their capitals suggests this may be a coincidence. Regardless, I will give them the benefit of the doubt and assume that their name may have a greater meaning beyond dirt scooping (Hahaaa!).

Karmageddon made me think of the race car apocalypse, or basically an album inspired by Mad Max. The band proved me wrong right from the get-go as the title track actually deals with the concept of karma. With all my expectations shattered, I was lost and confused with no idea as to what the future may hold. As I delved further into the depths of the album, I came to a stunning conclusion: MuckRaker are a solid stoner act.

As you might expect, MuckRaker shoot for a rough and dirty sound. They give a proverbial finger to production values and rely on sheer bombast to carry the performance; and it totally works! They play with such force and conviction that it makes headbanging simply irresistible. Also, the structure and feel of Karmageddon are a lot like early Clutch, especially in the vocals. I had to remind myself numerous times that I wasn’t listening to some Neil Fallon side project.

MuckRaker know what they want and they accomplish it tenfold. The overwhelming amount of energy and revelling makes the rough edges of the work not as painful, and for a performance that at the very least will hold attention and entertain. For those who enjoy the stoner genre and for the fans of Clutch, these guys are worth a listen.