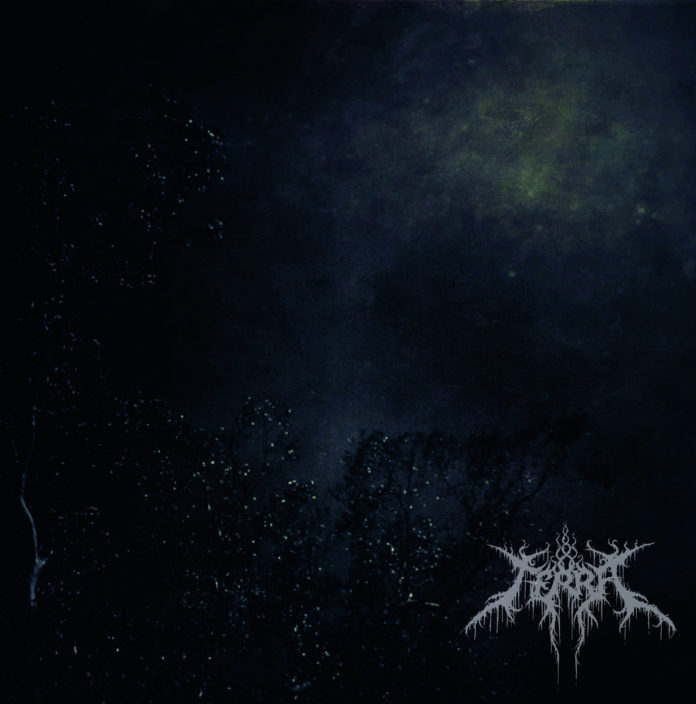 Can we please stop with the bullshit off not titling records and/or songs? It has been done so many fucking times that by now, in the year 2015 A.D., it just comes off as pretentious and unimaginative (as opposed to, you know, creative and dark, which is what I assume the artists want).

Made up of only 3 songs (titled “I”, “II” and “III”, because fuck you) and clocking just over 40 minutes,this is an EP engineered to make you uncomfortable. Even though there is plenty of melody (I was often reminded of Immortal‘s All Shall Fall) the album is covered with shrieks of pain and sorrow (imagine Burzum in the early days, before Varg discovered Casio) as well as plenty of unnerving sounds, like sustained bass notes and long guitar feedbacks. It’s a cacophonous yet melodic beast that keeps you in the edge of your seat during the whole listening experience.

The problem with this type of instrumental recordings (I will not call the yells, lost far away in the mix, “singing”) is that they can quickly become boring, and this EP suffers from that. If it wasn’t for the annoying sounds that fill the end of each track, and which separate them from each other, you would be hard pressed to differentiate them from one other. Although they’re not the same (“I” has a slower start than “II” and “III”) they’re not unique enough to warrant many replays.

It is clear that Terra are capable of a lot, so it’s sad to see that this EP lacks the necessary variety to keep me wanting more.