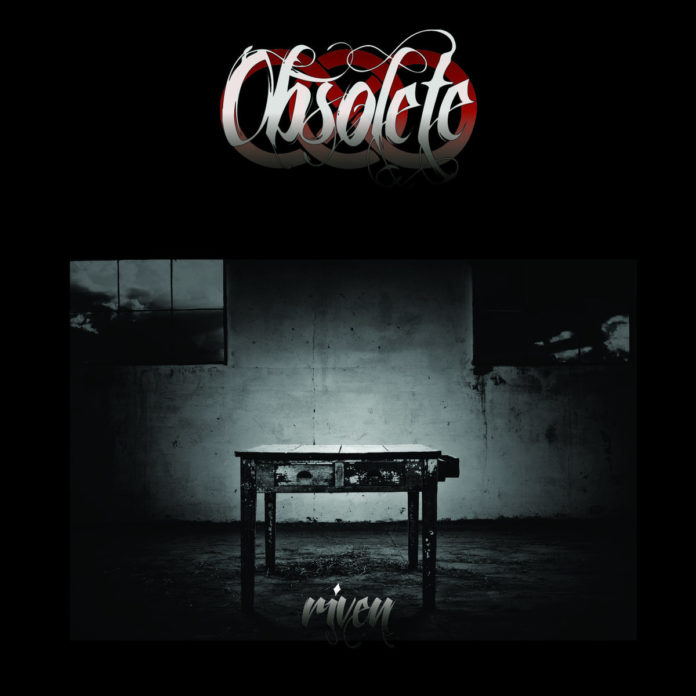 Prior to listening to Obsolete’s work, I didn’t really know what “dark” progressive metal was supposed to mean. Apparently, it means that you should expect a sedated performance from the instrumental and lyrical content with enough angst and (supposed) emotion to make even the self-proclaimed edgy, hot topic boy bands cringe. At least, that’s what Obsolete lead me to conclude.

Riven does not start too horribly; the beginning has some energy and excitement in the sound with solid percussion and intriguing forward bass lines. However, it doesn’t take long before the interest is buried under a tide of pointless meandering. The biggest problems plaguing the album lie within the artistic choice of shifting the focus from the far superior percussion and bass work to acoustics that are, at best, underwhelming. The vocals are also nothing more than a sappy whimper with absolutely no range, power, or any kind of positive quality to them.

It is unfortunate to see the faint glimmer of decency swallowed up by the ravenous hunger of quality that is dauntingly sub-par. For Riven, this is simply the reality of their existence, as it is blindingly obvious where the effort and talent lies and who simply came along for the ride. Even with the efforts from the bassist and drummer, it doesn’t take much before they too fall prey to the band’s slavering musicianship. Once the first song manages to finish its jog and relay the listener to the next track, the entire performance trips on its own feet and never recovers, making for a crawling and pathetic listening experience.

While there are moments of interest in Riven, there is far too much boring content that almost hurts to listen to that weighs down the entire performance into oblivion. Although it’s early in their career, this lack of direction and talent make Obsolete, quite frankly, obsolete.