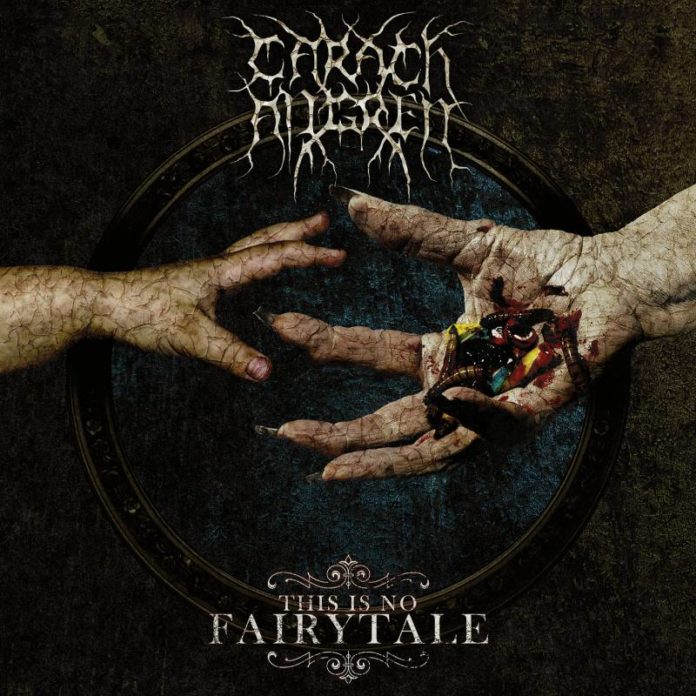 If you’ve spent the bare minimum amount of time on the internet, you’ve definitely come across one of those ‘ruined childhood’ posts that paint some inane, absurd theory over a beloved childhood show with the intent of corrupting its innocence with the foul goggles of adult life. Some people take an absurd, sordid enjoyment in this; the idea of unveiling the darker side to a familiar tale which many assume to be harmless and inoffensive. And it’s not like these ideas are even that uncommon in many traditional children’s fairy tales. The original version of Cinderella contains a gruesome scene where the stepsisters’ eyes get plucked out by birds, Struwwelpeter features a boy that gets his fingers cut off with scissors for sucking his thumb too much, and I’m pretty sure Hansel & Gretel breaks a metric shitton of child labor laws.

Enter Carach Angren, a Dutch symphonic black metal trio (though the band prefers the schlocky term ‘horror black metal’) that takes pleasure in these tales. The ones where the characters may not live happily ever after. Each of their records acts as a concept album about various aspects of folklore, fairy tales and ghost stories, with their fourth full-length, appropriately titled This Is No Fairytale, weaving the band’s own transgressive, twisted, goth-a-rama folk tale.

The record manages to avoid many of the pastiche symphonic black metal tropes, with the well-placed string sections often being fairly elaborate and complement the rest of the metal instrumentals elegantly without outshining them. Let me be clear though, elegance is hardly what the record aims for, manifesting itself on the traditional, more straightforward side of symphonic black metal, laden with raspy, snarled vocals rather than operatic cleans.

A predominantly lyric-driven album, This Is No Fairytale is the band’s own love letter to bleak children’s tales, sprinkled with references to The Wizard of Oz and gingerbread houses intertwined with stomach-churning mentions of domestic abuse, anxiety and self-harm. Though there’s a degree of a tongue-in-cheek attitude in just how overtly sinister the lyrics are, most of them are laughably juvenile in their attempts to corrupt fairy tales. “The skies turned red instantly / While the candy cottage transformed into a huge festering ulcer / The stench of old blood and black pus / Mmm…”. Needless to say, I don’t think you can try to make gingerbread cottages sound terrifying without getting a few snickers from your audience.

The instrumentals manage to hold a decent amount of weight on their own without the lyrics to support them, sporting a constantly shifting dynamic of rhythm, more in tune with technical death metal than symphonic black metal; still, the songwriting suffers from a rigid, artificial vibe which doesn’t quite keep the flow of a story, awkwardly trudging along from one section to the next with very little forward motion. The whole album’s essence is summed up with its closing line, “The real nightmare begins in reality.” It’s just a shame that essence is such am eye-rollingly childish, juvenile fantasy.

Some intricate string sections give the instrumentals some great depth.
One of the most eye-rollingly childish, edgy albums you'll listen to this year.
2.5

A surprisingly weak and uninsightful review for metal blast. Seems the author either phoned in this review without much, if any, serious listening attention paid to the album, or, as I suspect, was clearly out of his element on this one.

Arctos – Beyond The Grasp of Mortal Hands