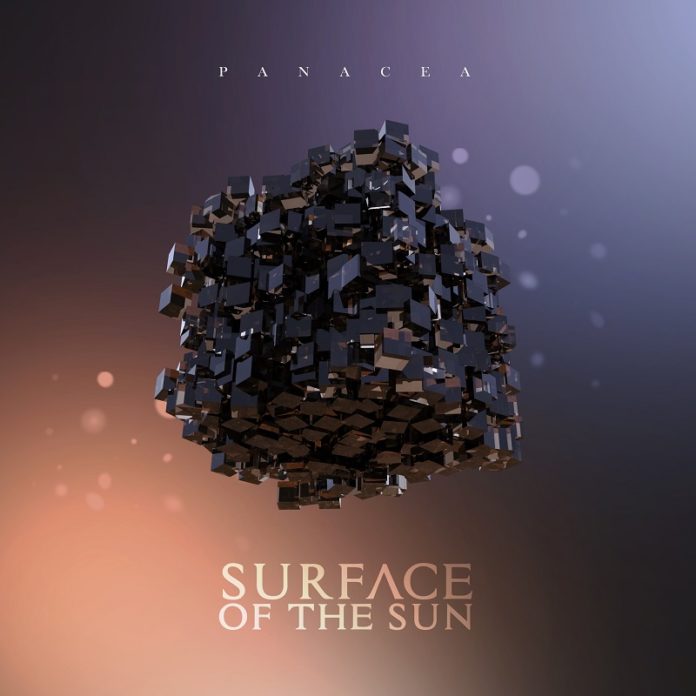 They say imitation is the sincerest form of flattery.  For every big band there are countless tribute and cover bands. I learned how to play guitar by learning the songs of some of my favorite bands at the time (The Misfits and Ramones, meaning I kind of sucked at the guitar) then developed my own voice once I got the basics down. Some artists, though, basically just copy their favorite bands and become just like a kid who changes their homework just enough so the teacher won’t know it’s all copied.  Vancouver’s one-man project, Surface of the Sun is one-such artist, and this is made evident in Panacea, their latest release.

If you go to the Facebook page of Surface of the Sun and read the “artists we like” and “influences” sections, you’ll see that the first two bands that they list are Tool and A Perfect Circle. Alternatively, you could just listen to, I don’t know, the first 5 seconds of “The Science Says,” the opening track of Panacea, and just realize this on your own. Every second of this album is a carbon copy of Tool and A Perfect Circle, from the floaty melodic vocals that do a pretty good job of imitating Maynard James Keenan to the proggy time signatures, and bass-driven melodies. The opening riff of “The Science Says” sounds like a re-worked version of Tool’s “The Pot” though, to be fair, Tool have more or less been writing the same riffs and bass-lines since Aenima anyway. “The Silence” sounds like the quieter moments of “Schism,” minus the super memorable bass licks, and ups the ante on keyboards and sitar-mimicking electronic pieces that accompany the guitars.

Panacea isn’t a bad record per se; it just doesn’t do anything whatsoever to differentiate itself from most of the artistic output of Maynard James Keenan (which, it is worth mentioning, is already pretty repetitive to begin with). Surface of the Sun has plenty of mathy riffs, spacey tones, and an absolutely flawless production to boast on this release. The musicianship is also solid, so it’s a shame that it is so beholden to the influences, instead of using those influences to expand on the sound to try and create something new. Panacea is clearly a love letter to Tool, written by an accomplished musician and producer, and stands head and shoulders above the other clones, in that Panacea could have easily been studio outtakes from any given Tool record. If you haven’t picked up a copy of Fear Inoculum because it’s still sold out, Panacea makes a pretty decent stop-gap. Musically speaking, however, it would be nice to hear something more original on the next release.

Surface of the Sun - Panacea
A very good Tool clone, or stolen audio files from a scrapped Maynard James Keenan project? You decide!
Reader Rating0 Votes
Solid musicianship, impeccable production
Sounds entirely too much like Tool, to the point that it's pretty much a blatant ripoff
1.5