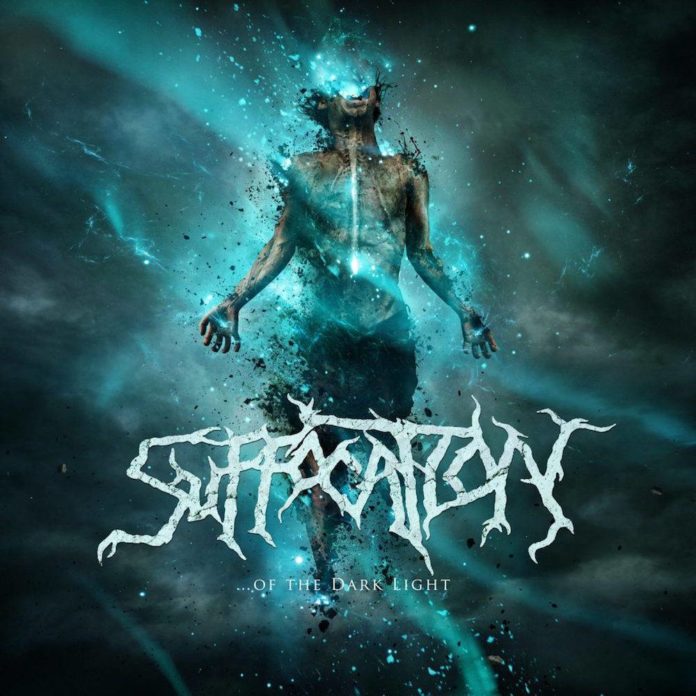 To casual music fans, death metal may seem like a barbaric, unsophisticated form of music, full of atonal guitar riffs and gruff vocals. We’ve all heard from the old jazz and blues guys that metal is “not real music,” with even many older metal fans often writing death metal off because of the vocals, lyrical content, and apparent cacophony. On closer inspection, though, death metal has produced some of the most talented and musically gifted bands that just about any genre has to offer; New York’s Suffocation are easily one of the best examples of this. Ever since the one-two punch of the band’s Human Waste EP and debut full-length Effigy of The Forgotten in 1991, they have carved a path of sonic brutality and technical brilliance that has changed the landscape of the scene they helped create.

…Of the Dark Light, the band’s latest release, picks up right where 2013’s Pinnacle of Bedlam left-off; blasting drums, intricate time signatures, brutal riffs (with just a hint of melody), and Frank Mullen’s guttural death growls. Not much has changed in the formula over the years, but if what you’re doing works, why ruin a good thing by needless experimentation? That being said, much like Pinnacle of Bedlam, …Of the Dark Light does have a little bit more melody injected into the riffs than previous outings, as can be heard on “Caught Between Two Worlds” and “Your Last Breaths.” Brutal death metal fans might have started sweating a little, but there’s no need to worry, this record is every bit as brutal and complex as the band’s previous efforts.

One of Suffocation’s trademarks is the New York hardcore-style breakdowns, which can be heard on opening track “Clarity Through Deprivation,” as well as mid-way through “Return to the Abyss.” Just as there are a legion of technical death metal bands that can trace their lineage back to Suffocation, many deathcore bands also claim them as a major influence, as can be heard by the overabundance of breakdowns in the genre. What sets Suffocation apart, however, is that the riffs leading up to the breakdowns don’t sound like filler, and that the breakdowns aren’t the focal point of each song. Instead, breakdowns act as a counter-weight to lead guitarist Terrance Hobbs’ jaw-dropping six-string gymnastics.

The production on …Of the Dark Light is every bit as impressive as you’d expect on a modern death metal record. There is plenty of low-end in the mix, giving the riffs a punchy, deep tone, while still managing to let the melodies and solos shine through. Long-time fans will remember the awful production on Breeding the Spawn, but Suffocation have thankfully gotten past those early speed-bumps. With years of experience under their belts, Suffocation have crafted an album that outshines many of the band’s contemporaries, sets the bar high for the newer bands, and is a high-point in their own storied career. If you’re looking for an album that perfectly balances musical complexity and outright brutality, look no further than …Of the Dark Light.

Suffocation - ...Of the Dark Light
Suffocation continue to impress with their latest release, despite a relatively unchanged songwriting formula
Reader Rating3 Votes
Technical, complex time signatures and musicianship
Frank's vocals sound as fierce and vital as ever
As with the previous record, there are a few moments of melody that blend in well with the rest of the material
Though there has been some melody added, not much has changed in the band's formula over the years
4.7