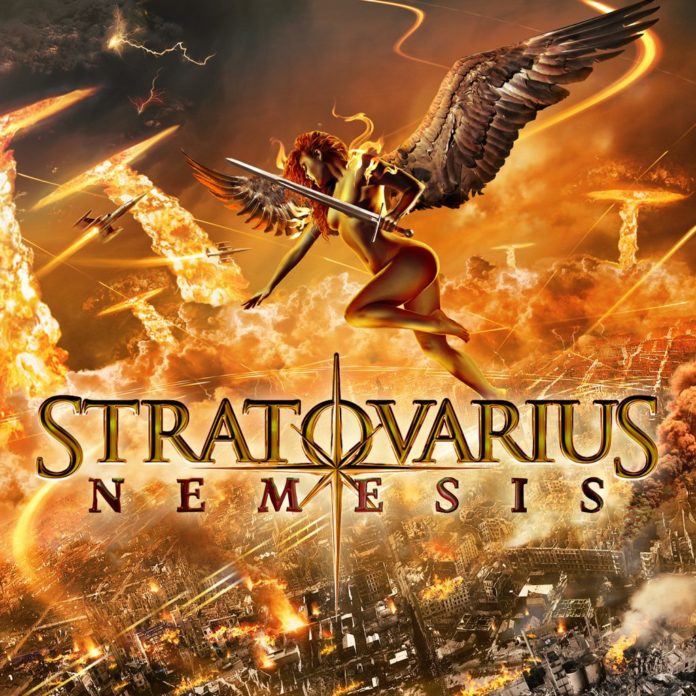 Following the discords in the band around 2004, many were right to assume that Stratovarius would join the myriad of bands that were massively popular back in 90s and early 2000s, but soon forgotten. Only a few could have predicted that the band would undergo a sort of Renaissance after parting ways with the main composer and guitar player, Timo Tolkki, and actually prove themselves just as good, if not better, as during the previous years. Since this reorganization, the band has released two very successful albums and replaced Jörg Michael, their long time drummer.

Any doubts as to the quality of Nemesis are soon shattered by the bombastic opener, “Abandon,” featuring a thrashy riff that may make you think “What the hell is wrong with Stratovarius?!” This surprise, however, doesn’t last very long, as you soon begin to recognize the trademark elements of the band, carefully mixed with some modern and heavier elements that differ from their usual MO. While Polaris stuck to traditional Stratovarius elements and Elysium focused much on orchestration, Nemesis is definitely a breeze of fresh air in the band’s discography. There’s an abundance of heavy riffs, and the atmosphere on the album is much darker than on any of their previous releases. A lot of modern elements are put into the mix, like a frequent but subtle use of electronics or the dubstep-ish solo (if that’s even a “thing”) in “Halcyon Days.” Timo Kotipelto sings in a much lower register than usual and uses his full voice which is a great asset, since time has definitely taken toll on his trademark falsettos. If this new style has filled you with doubt, you should not fear, as this record is definitely Stratovarius, only taken a bit further, as it is demonstrated by instant hits like “Fantasy” or “Dragons.” Anyone who loved the band for the great melodic metal elements, furious keyboard and guitar duels or the abundance of positive energy won’t be disappointed; In fact, the new elements only improve the overall impression, since the band had often been criticized for being stuck in an infinite loop in terms of songwriting (especially on the “blacklisted” Elements albums). Rolf Pilve does a great job of filling Jörg Michael’s shoes, demonstrating both speed and precision, while Matias Kupiainen, as he has already proven, takes care of the guitar in a masterful way; of course, Timo and Jens deserve nothing but praise by default.

Nemesis might sound like and album that the band’s fans might not be happy about at first, but after a couple of spins would soon realize that this is a demonstration of Stratovarius doing what they do best: playing energetic and emotional tunes, reminiscent of their glory days. This album is a great improvement over both Polaris and Elysium and stands side by side with their classic records such as Infinite or Destiny.