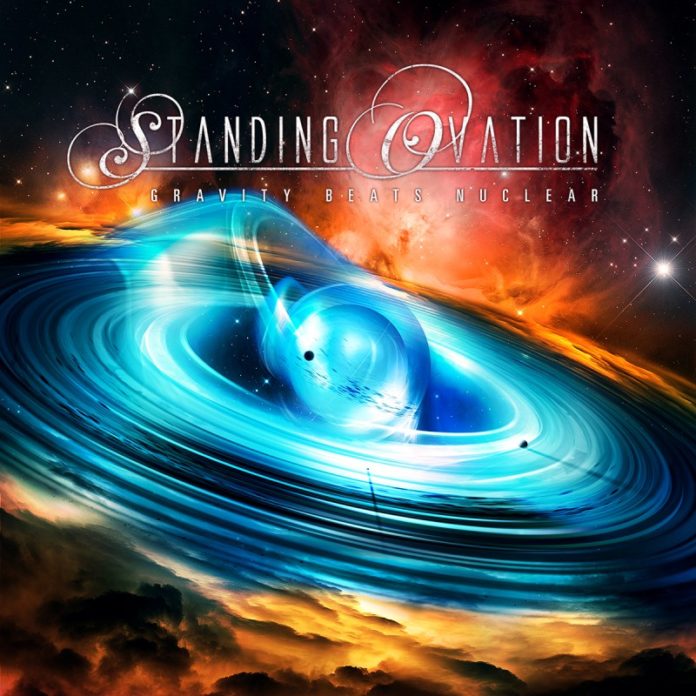 With 9 tracks, and spanning over an hour, the new album from Standing Ovation (which seems like a name better suited to an all-female pop punk band) had me anticipating something like a bro version of prog metal. This expectation was built by the track titles (including “Hellbillies” and “Run Little Mouse Run”) and the band photos in the lyric/credit booklet, which marked the first time in recent memory in which I’ve seen the instrument brands mentioned not simply by name, but with paste-ins of their full logos.

Once I finished flipping through the booklet and got into the actual music, the expected bro part failed to materialize. Instead, I got a decently solid prog-inclined set of metal songs with what some strong influence from what bands of the genre were doing around the late ’80s. Admittedly, things seem a little more polished and sleeker than those roots, and the guitar wankery from the early days of prog and metal’s cooperation has been similarly slimmed down, but something in the seriousness of the band’s “arpeggiation” and harmonized existentialism evokes a ‘classic’ feel. Sure, some of the lines get goofy (among the choruses are “Cannibal / Candy bar” in “Hellbillies” and “Alone. So alone. I’m alone. So alone” in “Fool’s Parade”), but the attention this could draw is (usually) deflected by creative uses of meter and delivery.

On the technical front, the band is flashiest with the keyboard sections, though the guitar does get enough stretches of frippery to keep the light throw-back vibe satisfied. Though the drums get some clever fills in, hinting at jazzy potential, it often felt as though they were getting weighed down by having to play the simple side to the elaboration of the other instruments. Although the mixing does a good job of rendering each instrumental part distinct, also has a subtle muffling to it, so that not even the highest-soaring of noodly solos lacked crispness. The vocals also seemed oddly quiet at times, and the chosen tone-filters for the guitar sound kind of generic (though that might be down to aiming for something immediately familiar-sounding).

The songs hang together well enough, though the lyrical themes do more to link them than the melodies or emotional thrust. As such, the individual songs have better shots at a place in a listener’s memory than the full album, and even then it’s a dicey proposition. This lack of cohesion could be the result of spending too much time polishing each song, or sectioning them apart in the recording process, and it makes the album seem a little too forced.

There are plenty of good points to the music in Gravity Beats Nuclear, and a few sections that really shine, so if you’ve got the impulse to plug in some prog metal sporting straight-faced humanist philosophy on its sleeves, it’s a satisfactory pick. I just can’t shake the feeling that this is one of those albums that, even once it gets into regular listening rotation, ends up with a couple tracks regularly skipped; then again, it also seems like one that will draw plenty of new fans to the band.

IN A NUTSHELL
A respectable update of an old-fashioned musical blending.
Reader Rating0 Votes
POSITIVES
Some interesting arrangements, ambitious, kind of charming in its earnestness
NEGATIVES
The modern-day form leaves some of the music feeling dry and detached from the band, cheesiness may exceed tolerance levels
3.5