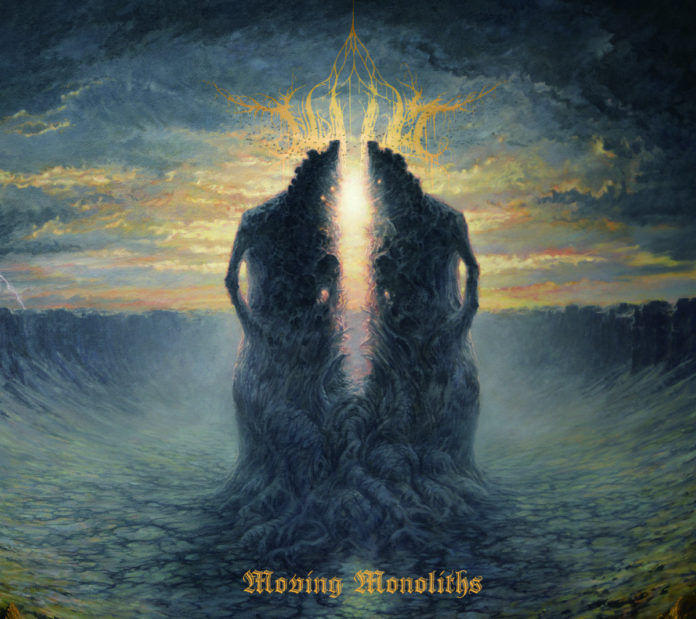 Wilt’s sophomore album finds the band expanding from a duo to a five-piece, and while I haven’t heard their previous effort, the material heard here does seem to me like the work of a band stepping up its game.  The album’s structuring catches attention, with three ten-minute-plus tracks (an unholy trinity, if you want to get cute) followed by a coda of two minutes or so, and while they’re not tied together with sub-headings or the like, there’s enough sense of conceptual work to it to score a few points for dramatics.

The atmosphere is wintry in a pleasing way, and the band takes its time establishing the mood before launching into pounding drums and tremolo guitar.  There’s some interesting work going on with the layering of elements in the mixing, and the folding in of extra guitar undercurrents adds bite without placing too much burden on the listener or leading to an audial mess.  On the flip side, those who like their black metal raw and straightforward will likely be disappointed by the blunting effect of the mix, as the thrumming of the guitar and bass get so swaddled around the drumming’s impact and the vocals that neither has much chance at piercing your ears.

Speaking of the vocals, while they’re serviceable in their anger and howling, there aren’t many times in which they really distinguish themselves.  Still, they’re worked into the rest of the instrumental vibes neatly enough, mostly by having a singer who overestimates his rasping facility and ends up sticking out and sinking it all.  In contrast, the whispered portions (though they do verge on over-dramatic indulgence) feel more suited to the overall mood of the music.

Really, it was the instrumental patches which grabbed my attention the most, as with the break-out clean guitar tones towards the end of “The Elder”, the last of the three big tracks.  The band’s way with transitional melodies is impressive, and it feels like there’s still room for them to grow on future releases.  It’s not quite that their retention of traditional black metal staple features is hurting them, but refining the balance between those and the band’s desire to slowly explore sprawling winter wastelands is a venture which should lead to some interesting material, as long as they don’t get dispirited and settle for rehashing.