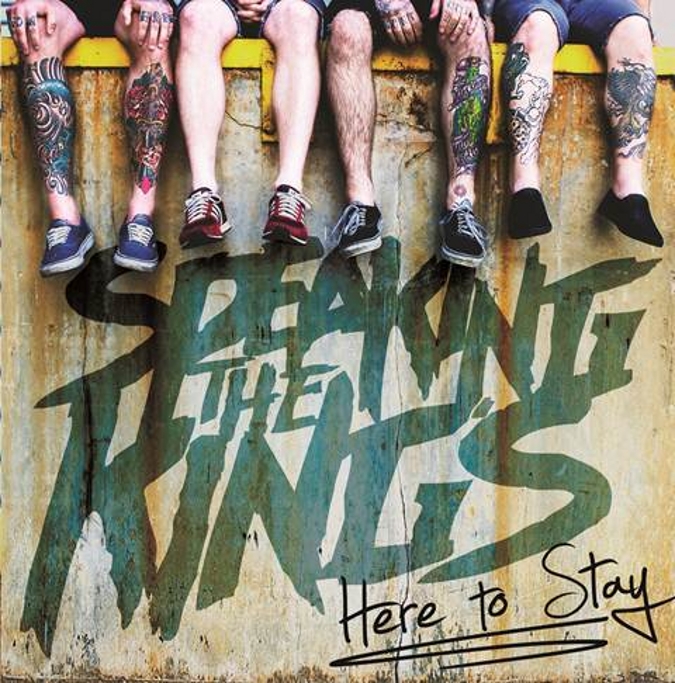 An interesting EP was tossed my way in the last week; Speaking The King’s debut Here To Stay. Being the first release from a new band, I was relatively excited to see what they were all about without any pre-conceived notions clouding my mind. Here To Stay is definitely flawed in a lot of ways – but Speaking The King’s manage to do something that not a lot of other bands do in their debut’s: catch your attention enough to make you curious to hear the followup.

Speaking The King’s occupy a fairly unique position on Here To Stay. They’re definitely not the type of metal that a lot of people who read this website would normally listen to. They trend more towards bands like A Day To Remember and Senses Fail, mixing elements of metal, pop-punk, and even some post-hardcore melodies. In fact, that’s what made me do a “double take” on the EP the first time I listened to it, so to speak. Speaking The King’s sound like they entered a recording studio in a time warp; most of Here To Stay sounds like something that would have been released around 2007; before bands like Attack Attack! Started layering cheesy keyboard synths over everything and shit exploded. Fans of early Escape The Fate, for example, would probably love Here To Stay because there is a certain innocence to it – it’s basically a throwback to those early days of metalcore/pop-punk mixes.

What Here To Stay lacks is a clear direction on what exactly it wants to be. The different genres they borrow from have trouble blending and mixing together at times – something that similar bands have perfected. Clean vocals, for example, at times sound out of place and awkward – the chorus of “How You Work” has some cheesy lyrics and delivery. Transitions in songs sometimes feel a little jarring – and not in the “woh, that was surprising!” kind of way. You can see a lot of them coming from the proverbial mile away, but the hand-offs are clumsy at times. The beginning of “Tearing Down The Walls” is a good example of this. It transitions into a mediocre breakdown that just slows the song down to an insufferable pace, before picking up again. Really, was that necessary? I’m not the type of person who hates breakdowns either – I like them, I’ll admit. It’s just that they need to fit thematically within the song – and it just sounds like they shoved that one in there last minute.

Guitars have a nice tone to them, and there is actually some interesting string-work going on. It’s not the most intricate stuff in the world, but it’s enough to hold your attention and make you go “huh, that was kinda cool” every once in awhile. Drums are….serviceable. They aren’t impressive and are kinda buried in the mix, so you’ll have to make a considered effort to pay attention to them. Drums on some albums (like  Parkway Drive‘s Atlas, for example) just pop. There is no pop on this EP for the drums, unfortunately.

Yeah, Here To Stay has it’s problems. As I mentioned before, though, Speaking The King’s manages to make you look past some of these problems, though – for all that it does wrong, it does enough right to at least make you interested in hearing what they put out next. If they continue refining the sound that they picked up on for this EP, this band could be on to something.