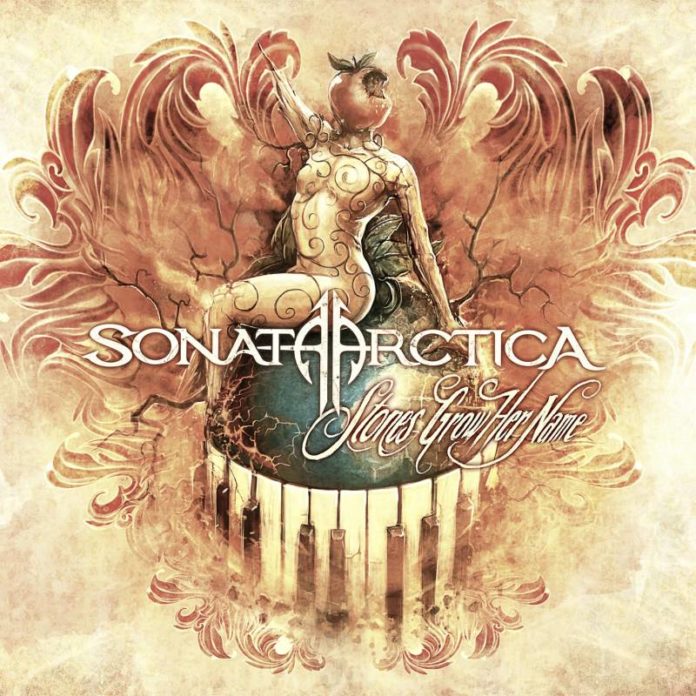 So in my last review, I mentioned my love for thrash and all things 80s while I was in high school. What I didn’t mention was my power metal phase, when I ate up anything with falsetto and cheesy keyboards. One of my favorite bands from this period was Sonata Arctica, and you know what, those first few albums are still pretty kickass. Big choruses, fast tempos, crazy shredding-Ecliptica, Silence, Winterheart’s Guild and Reckoning Night were (and still are, in my book) the high water mark for power metal. Cheesy? Sure. But they were fun, catchy and could get your blood pumping, which is about all you can ask from power metal (unless you’re one of those dudes who demands huge, bloated multipart fantasy epics, in which case, the newest Rhapsody of Fire album is thataway).

But then something happened in the Sonata camp. Lead warbler and songwriter Tony Kakko started telling interviewers he didn’t want Sonata to be considered power metal anymore. In 2007 they released Unia, which took their music to darker territory, with disappointing results. Outside of one or two songs, the album saw Sonata shedding their melodicism in favor of some strange, pseudo-gothic stab at a new sound. By that point I was pretty much done with the band; I didn’t make it past the halfway mark of my cursory listening of 2009’s The Days of Grays. And now we have a new album, Stones Grow Her Name, and it’s…really bad. I mean, after the last few albums, I wasn’t expecting anything mind-blowing, but they hit some career lows here (and this is from a band that unironically titled a song “Victoria’s Secret”). Opening track “Only The Broken Hearts (Make You Beautiful)” is decent enough, despite the groan-worthy title (get used to that, it’s a recurring theme)-it’s got an alright chorus, a fun little guitar solo, I’m thinking, hey, maybe this won’t be so bad, but ohhhhhhhh, was I wrong.

Jesus Christ, we all heard about it, but these bastards actually titled a track “Shitload of Money”. And dear lord, is it a perfect storm of bad. Radio metal guitar riffs, extraneous electronic elements, an awful excuse for a song structure…this song isn’t just a bad idea, it’s four or five bad ideas thrown in a blender and poured down your throat. And as if that weren’t bad enough, the lyrics. I mean, Sonata Arctica lyrics were never exactly poetry to begin with, but Kakko feels the need to remind me exactly what abortion he’s pumping into my ears by repeating the stupid name of the song a good dozen plus times. Goddamn, I’m listening to it now and I just want it to end. This sucker is leaving my hard drive the moment it’s over.

“Shitload of Money” is the obvious low point of this record, but it typifies so many of the problems that can be found here. “Losing My Insanity” brings cheesy, dated guitar riffage to the front (although I predict a running joke among my friends where we shout “I’M LOSING MY INSAAAAAANITY!” and make Bill and Ted meedly guitar sounds), “Somewhere Close To You” has a dullard of a structure combined with Kakko’s annoying tough guy-hardcore voice, and “I Have A Right” takes an awful chorus and repeats it ad-nauseum. And throughout the whole thing is the constant reminder that drummer Tommy Portimo knows exactly two drum beats-basic 4/4 and basic 4/4 with fast double kick. I mean, this was always the case, but when the songs are slowed down, it becomes something you can’t unhear once you notice it. The whole band just sound like they’re playing along and don’t really know what they’re going to do next, and elements just come and go with no real consistency or reason, it’s like some sad circus of crippled monkeys trying to make power metal (or, on “The Day”, some terrible Queen-meets-Coldplay-meets-country murder ballad). Occasionally some guitar/keyboard duel happens that reminds you of old Sonata and the horrible Frankenstein they’ve become. This sounds like Sonata was tasked with writing the theme song to the new fall lineup on the CW.

I think I’ve made my point, but I want to add that the album ends with “Wildfire”, parts 2 and 3, continuing a song off Reckoning Night, i.e. their last decent album. Why they waited so long to follow up on it is a mystery, but the two-parter manages to be a standout, not because it’s actually good or anything, but because it manages to just be boring and not out-and-out offensive, like nearly every other song on this album. So, good job?

On the (once again) horribly-titled “Don’t Be Mean”, Kakko sings, “There’s no easy way out of this place.” You’re telling me, dude.

[…] a fan of their power metal material, I was not alone in my hatred towards their 2012 effort Stones Grow Her Name, which made it a point to leave that sound behind. Toni Kakko himself was very explicit on how he […]

[…] discovery of power metal, even if nowadays (at least during the period surrounding the atrocious Stones Grow Her Name) they seem eager to distance themselves from that musical category. My first foray into their music […]