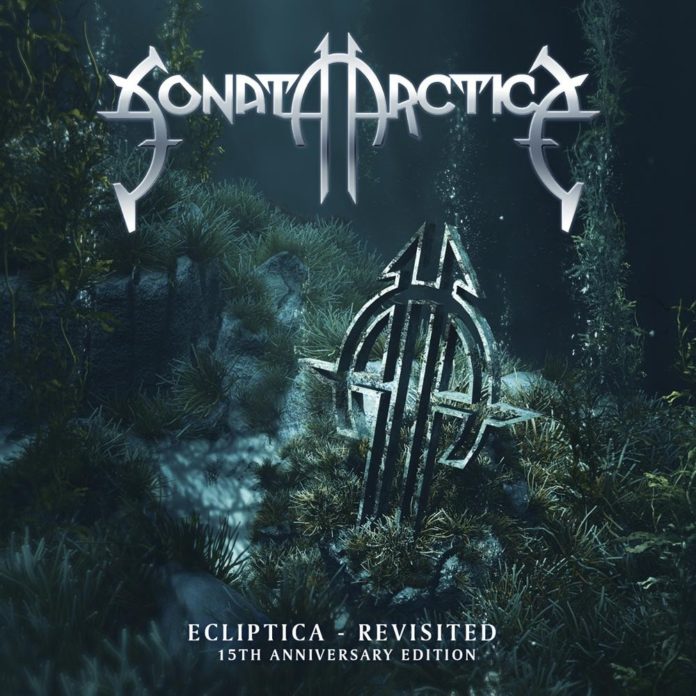 As I’ve mentioned before, Sonata Arctica played an important part in my discovery of power metal, even if nowadays (at least during the period surrounding the atrocious Stones Grow Her Name) they seem eager to distance themselves from that musical category. My first foray into their music came with “San Sebastian”, from their 2000 EP Succesor, as well from the many powerful tracks contained in their 1999 critically acclaimed debut Ecliptica, It has been 15 years since the release of that album, and clearly a lot has changed. There have been several lineup changes, with singer Tonny Kakko and drummer Tommy Portimo being the only constant members; the music has also changed, with their power metal style reaching its apex with Silence and Winterheart’s Guild, only to then move into more melodic, and even pop-ish, territory.

Even after all these years, and despite the fact that my tastes in music have also changed dramatically (for starters, I haven’t listened to a System of a Down song in years) I still see Ecliptica as one of the best power metal albums of that era. Despite its technical shortcomings (the production could have certainly been better) it still holds up very well, much more so than other debuts of that time, like Nightwish‘s Angel Falls First (to Nightwish’credit, they did understand that Tuomas should never, ever, sing again).

As a fan of the music that Sonata Arctica was putting out back then, I was interested when I heard that there were plans to re-record Ecliptica. At the same time, however, I was also skeptical as to how successful they could be in conveying the power and emotions of those original songs, considering the completely different musical philosophy that they seem to have nowadays; although in the past they had successfully re-recorded San Sebastian and, despite the changes, still managed to pack a serious punch, that was still in their “power” days.

Well, this time the results are… mixed.

Production-wise, this new version of Ecliptica is just amazingly clean. The instruments are really clear in the mix, something that didn’t really happen in the original, and you can actually make them out fairly easily when you listen to the songs. The drums, which were quite dominant in the original recordings, have been tuned down just enough to allow you to distinguish the different components of the music, which is quite nice. To some this new found clarity might come at a price, since you could argue that it was the prominent presence of the drums that gave the music its power; yet, personally, I think that the depth that was added by this new production is a positive asset.

For better or for worse, Sonata Arctica didn’t limit themselves to just do the exact same thing that was done back in 1999, and several of the songs were tweaked. While, together with the production, the instrumental tweaks sometimes worked in favor of the music, there were occasions in which the changes really damaged the product. The keyboards sometimes went a bit too symphonic, and changed the whole feel of a song, like in the introduction to “Unopened”, where you get a vibe of a church organ instead of the powerful keyboard of the original. Tony Kakko also seems adamant to become a pop singer and often uses the kind of vibrato that every white girl singing blues uses in American Idol. You can almost imagine him moving his hands up and down as he prolongs the notes in “Letter to Dana” or “Fullmoon”.

The need to re-record Ecliptica is up for debate. Although it was not as technically sound as it could have been, it’s not like it was a garage tape. Ecliptica was a reflection of its time, and represented the power, potential and ambition of a band that, in just a few years, conquered the metal scene. While new fans of the band might be pleased to get these new versions, which are more in line with the band’s new material, it just won’t cut it for me. Even with its great new production, and occasional improvements, I really doubt that I’ll stop listening to the originals in favor of the new versions.

Take it away Tony.

A re-recording of a classic album that, despite its technical superiority, does not seem to be justified, and which occasionally damages what it sets to correct.
Technically sound new production
Grammatical corrections in the lyrics (see if you can find them!)
Some changes take away the power of the original
Tony Kakko should not try to be Mariah Carey
2.5