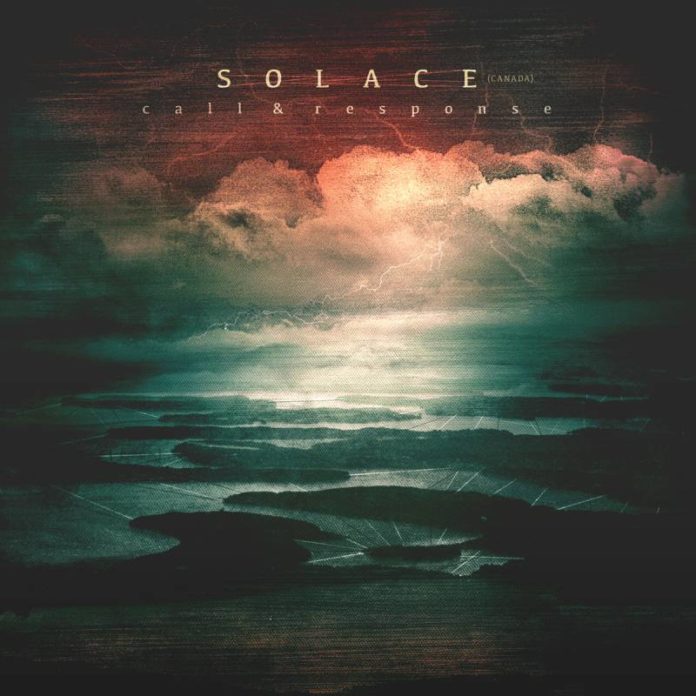 Hmm where to begin, where to begin. There were quite a few people awaiting the release of this album; a side project from Misery Signals vocalist Karl Schubach. Born from the downtime with the aforementioned band, Solace is entirely Schubachs pet project and shares a lot of similarities with Misery Signals last album Controller. In fact, at first it’s easy to mistake Call & Response for “Controller part 2″, which makes you wonder how big of an influence Schubach has been in Misery Signals since he joined (he’s not the bands original vocalist).

Almost every element that was in Controller is present in Call & Response. For the people who haven’t heard either album yet (I’m going to guess most of you reading this review haven’t); expect a very clean production with a wide, deep soundstage. The result is that Schubach’s screams sound like he’s yelling at you from the top ledge of a cave you’re both in; a weird visual but it almost perfectly describes how the vocals are mastered on this album. Schubach’s vocals are, for better or worse, the best thing about Call & Response. They continually impress throughout the duration of the album which is something that a lot of other bands in this genre have trouble with. Even when clean vocals are introduced, they never feel out of place or forced (I’m looking at you, Your Memorial) and sound great.

The album itself is paced quiet well; galloping riffs and drums often give way to softer dynamics such as keyboard and percussion. Just like with clean vocals, when the switch happens it never really feels forced or cliche. It all just feels so….natural, for lack of a better word. It’s probably one of the biggest things that separates the more talented bands from the imitations in the genre of “Kinda like post-progressive metalcore/hardcore” that has all but exploded in the past four or five years. Does it feel fake? Does it feel forced? Does it feel like the band didn’t know what to do, so they just said “Fuck it, throw some triangles and weedly guitars in here and we’re good”? None of that happens on Call & Response, it’s a rather enjoyable ride from beginning to end.

Remember how I said that Schubach’s vocals were the highlight of the album? Well it’s because in comparison, the guitars and drums aren’t nearly as impressive. I would venture to say that they’re in the same ballpark, it’s just that the vocals are you’re ace starting pitcher while  the guitars and drums are the pinch hitters. They get the job done, but aren’t exactly anything to get excited over. From the info I’ve been able to find online (the album seems to be self-released) the guitars were also done by Schubach, and they’re a little on the simpler side of things – which is a shame, because the guitar tone used is actually pretty killer. The drums, which are programmed, seem to kinda just plod along with the rest of the song. It stops just short of being disappointing, if only because it really doesn’t get in the way of  you’re enjoyment of the album.

One wonders what exactly the future holds for Solace. As of right now, Karl is back writing with Misery Signals for their upcoming album; but you’ve got to wonder how exactly the two projects will influence each other. Call & Response already pretty much sounds like a lighter version of Controller, I’m not sure if that’s what Schubach intended it to be or not but that’s how it comes off to me. Keep in mind that I fucking loved 2008’s Controller; so much so that it was probably my favorite album that came out that year and in my personal top five metal albums of all time. The only real problem here is that while that type of style and sound was almost unheard of in 2008, it’s becoming more and more saturated in 2012. Call & Response is a finely crafted album, just don’t expect it to re-invent the wheel.