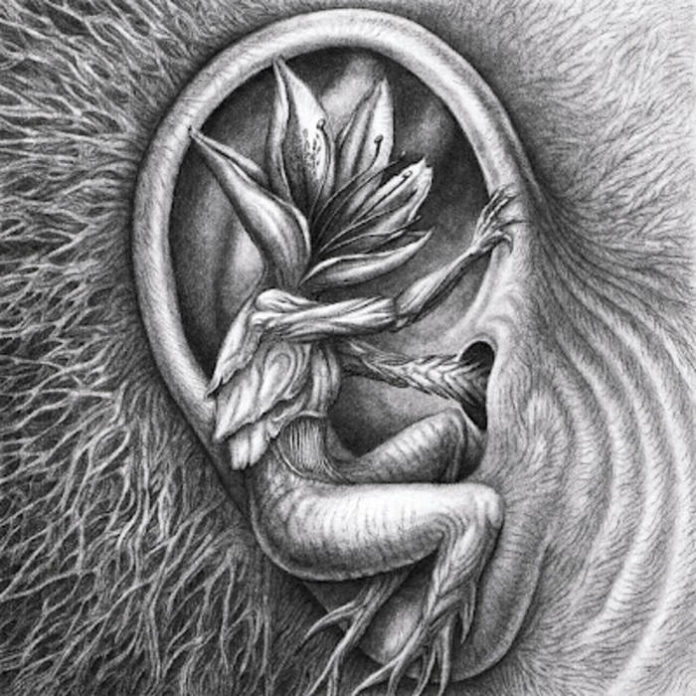 Over the past two years, the enigmatic one-man band known as Botanist has proved himself to be an artist to watch. The previous double release from this madman, I: The Suicide Tree / II: A Rose From The Dead made it onto the higher echelons of several best-of-2011 lists, and not just because of its unique instrumentation. Although Botanist is certainly best known for his exclusive use of nothing but a drumset and an Appalachian hammered dulcimer, his black metal arrangements proved to be quite entrancing, even though most metalheads didn’t really know what to make of it. However, Botanist had successfully made a name for himself in the scene, and has proved himself to be nothing else if not prolific – his second release is another double-disc, released but a year after his last one! Such a rapid-fire release of material is often a sign of either budding genius or lack of quality control, or in Botanist’s case, both in equal measure.

The album is definitely much more matured than I/II, in terms of both composition and arrangement. The doom metal format works far better for Botanist’s unique arrangements, as there’s plenty of space for each note to breathe – take as an example, the opener “Quoth Azalea, the Demon (Rhododendoom II),” which wouldn’t sound anywhere out of place on a recent Earth record. This spatial treatment is a double-edged sword, however, as the silence is all too eager to swallow up the notes of the dulcimer, but when the formula works, it works quite well. The vocals on this release vary from ethereal whispers to Leviathan-esque croaks, and they actually work pretty well with the instrumentation – the hammered dulcimer already sounds unfamiliar enough, so some good ol’ inhuman black metal vocals really augment the weird-factor of this release. Sometimes the songs start to run out of steam, especially the longer ones, and the distinct lack of other forms of instrumentation definitely makes most songs hard to tell apart. But when everything comes together, like on the opener or the enthrallingly off-putting “Ganoderma Lucidum,” it can be pretty damn engrossing.

The second disk on the album, Allies, is a collection of songs made by friends and colleagues of Botanist set over the drum tracks from III: Doom in Bloom. Although the first disk is strange enough, this collection is where things really start getting interesting. The new musicians bring a wide amount of diversity and unique approaches – there’s a crushing sludge metal assault from Cult of Linnaeus and a majestically stirring selection of folk-tinged black metal from Botanist’s main band, Ophidian Forest, followed by a mournful piece from Arborist that brings a scuzzy slide guitar and a theremin into the already-unique instrumentation, before thundering into a monstrous climax halfway through. It’s bedeviling. Lotus Thief brings us a shimmery shoegaze-influenced psychedelia piece, followed by a slab of operatic soprano-fronted traditional doom metal from Bestiary. The entirety of Allies is bookended by two lonesome ambient pieces from Matrushka, who both commences and ends the album with a distinctively darkened mood. All these disparate treatments of music can sound disjointed when taken as a whole, but their appeal as individual tracks is rather high. Much like on the companion disk, there’s nothing on Allies that sounds like it’s been done before.

Botanist has set a standard in music of releasing music that’s obtuse, complex, and rather mystifying. If you’re looking for an album to put on and rock out to, this certainly won’t be it. But if you’re looking for something as different and out-there as it gets, look no further. III: Doom in Bloom / Allies is far from the best album of 2012, but it’s definitely the most unique. And that definitely counts for something, as far as I’m concerned.