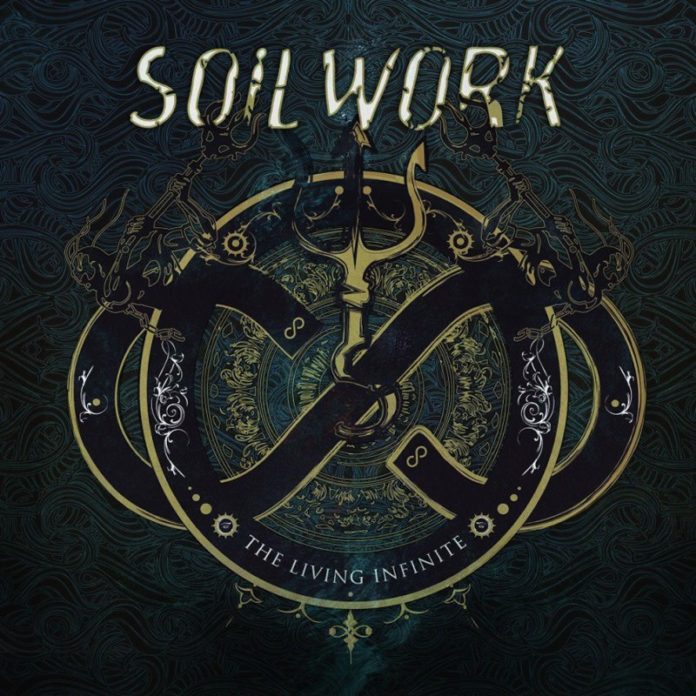 Spoiler alert: The Living Infinite is one awesome album. In fact, it’s not just a killer album, it’s easily one of the best albums I’ve heard in a very long time. While some albums feel like a mess of songs put together, there are the rare few albums (that we all know so there’s no point in naming them) that break the mold and encapsulate more than just momentary tunes thrown together, they represent so much more. Some albums like The Living Infinite are full blown masterpieces that can only be defined as an instant classic in its respective genre. In fact, you should probably stop reading this article and just go out and purchase the damn album.

On the off chance that you’re still here reading this with your beady little eyes glued to the screen, let me evangelize a bit won’t you? I honestly can’t remember the last time that I thought that every single track on an album (much less double album) was a killer track. I really can’t. The sheer quality of The Living Infinite is something to truly be in awe of; from the death growls, the clean singing, the catchy hooks and well thought out track list, the album actually has it all. This also one of the few instances where keyboards in a metal band haven’t pissed me right off. Kudos. The skill in which Soilwork uses to switch between their many sounds is something truly awesome. I imagine several blind people are now able to see.

Regarding music alone, The Living Infinite is not something that will surprise most Soilwork fans, but in case you aren’t familiar with the melodic death metal outfit, their sound is a mix  of  a more triumphant sounding Arch Enemy, Amorphis, with a dash of Five Finger Death Punch and In Flames. The songs range from the insanely heavy album opener “Spectrum Eternity” to the lighter “The Windswept Mercy”. While both have their clean and death instances, it’s not uncommon for Soilwork to play around with the ratio and frequency of both the musical styles, with the latter not just being relegated to only verses throughout the album. In fact,  The Living Infinite takes its time, methodically hacking away rather than pouncing on you all at once.  It’s this same confident approach that allows for the album to be such a success; had they just lumped all the heavy songs into one package and called it a day, the album would definitely be missing something. And while it’s hard to believe that every track on a double album is great, it’s really true, Soilwork set out to create something with an impact and did just that with The Living Infinite; simply put is a ridiculously good.

But can an album even as good as the Living Infinite possibly be flawless? No, and it doesn’t have to be. After all, …And Justice For All has almost no bass track whatsoever, yet is considered to be one of the classics. And Show No Mercy in all its raw glory sounds worse than most garage band demo tapes. What’s  clear is that the mark of a great album is not its ability to be completely flawless, but its ability to rise up and far surpass any and all problems it may present throughout. The only thing that may take away from the experience is the sheer length of The Living Infinite itself; after all, almost two hours of music is a lot to get through in one sitting. So, it’s actually really rare that a listener would enjoy it in one sitting as it should be, but rather in small chunks, and therefore losing a good chunk of the flow. Had disc 1 & 2 been split up and released even a couple of months a part vis-a-vis Hypnotize/Mesmerize I do feel that it would have worked out just a little bit better. Think of it like pausing a really good movie 3/4 of the way through and then picking up where you left off 7hrs later.

And while only time will tell if The Living Infinite will go down as the next Wages of Sin or With Oden On Our Side, it is clear that the album is an instant classic and deserves any and all praises that it racks up. If not the best release in a long while, at least the best release this year.