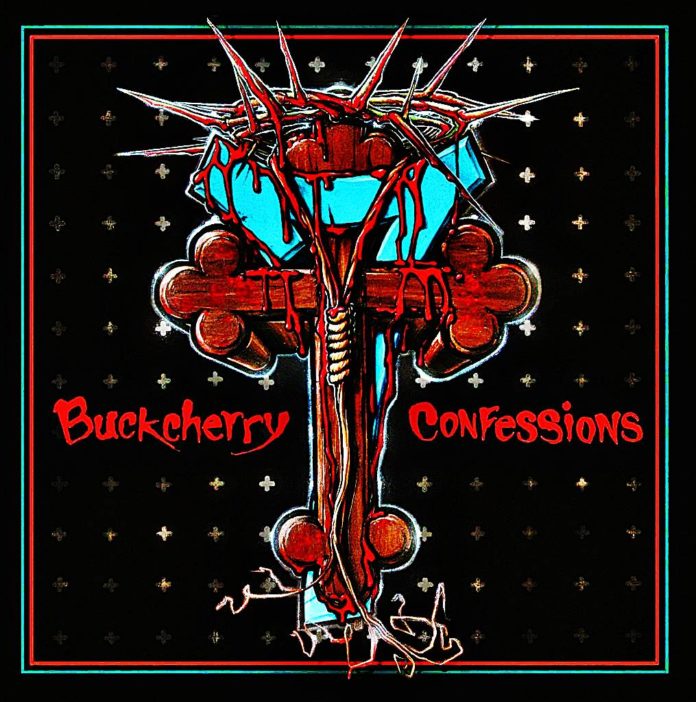 I have to get one thing out in the open before we start. Prior to listening to this album, the only thing I’d heard by Buckcherrry was the song “Crazy Bitch”. I HATE that song. It is completely insufferable and because of it I had no desire to give this band the time of day.

When I fired up the first track on this, their sixth album, I was absolutely blown away. That song, the aptly titled “Gluttony”, was a tall tale of debauchery and good times the likes of which is currently being produced by very few bands (even today, amongst an apparent Glam/Sleaze Metal revival). Vocalist Josh Todd, who I had found especially irritating on the aforementioned “Crazy Bitch”, proves himself to be the glue that holds this album together, his smoke-addled, booze-soaked croon acting as the perfect master of ceremonies for a cool G’NR inflected party.

The production is especially cool for a modern hard rock album, not too polished, perfectly dirty and punky. It really showcases the loose, relaxed, yet aggressive playing of guitarists Keith Nelson and Stevie D. It’s really nice to hear a hard rock album released in 2013 that doesn’t feel the need to make everything either chugging and down tuned to the point of annoyance, or otherwise sound-like every Nickelback or Creed album. Simple, raw, jamming production is still, thankfully, the name of the game. In fact, the closest record I can think of sonically is the underrated 1989 album Kicked and Klawed by Cats in Boots.

Another standout track is “Seven Ways to Die”, which feels like a sinful romp through a wicked L.A. house party. I really can’t stress enough how well Mr. Todd’s vocals fit the overall vibe of the record, his voice gliding perfectly just under the countrified guitar flourishes that almost recall the Dukes of Hazzard, if those characters were high on pot, ecstasy and life itself. Even the album cover is a wicked mix of graffiti and trailer-park tattoo that adds to the filth that permeates the record.

It’s a strange thing when a band wins you over after you dismiss them for years. You find yourself doubting whether you ever truly disliked them, or you had been somehow mislead or mistaken. You find yourself with the need to go back and explore the records you had passed up. That’s what I’m gonna do right now. As for you, hard rock fan, go pick up Confessions and settle in for a weekend of beer drinkin’ and hellraisin’!