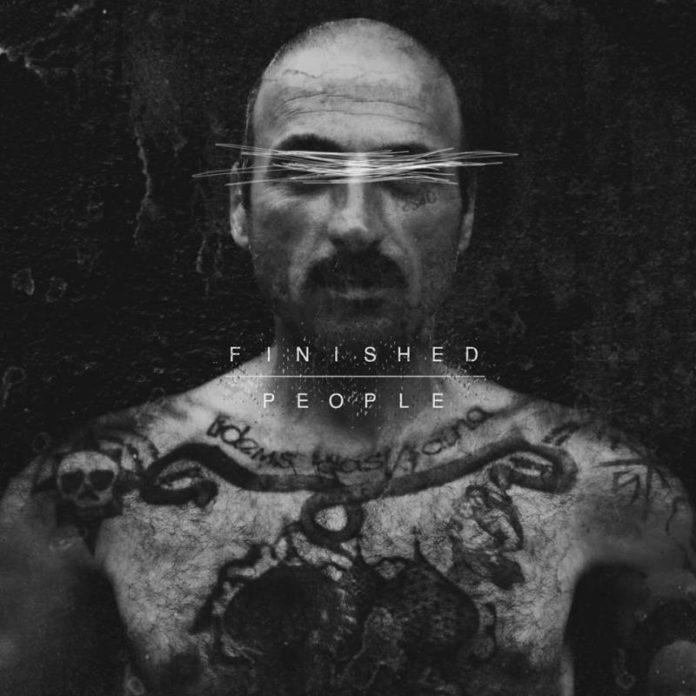 Hardcore music has often been used as a platform to spread socio-political ideas and values, such as when Minor Threat started the straight-edge movement, or when Earth Crisis preached militant veganism. Starting in the late 80’s and early 90’s, a number of hardcore bands began promoting Christianity and its ideals, The Crucified and Six Feet Deep both being prominent bands in the movement. The Christian hardcore movement has seen some crossover success in recent years; formerly confined to small-ish indie labels, many Christian bands have transitioned to major labels and joined major tours.

Sleeping Giant are one of the bands that have had the opportunity to move into a more mainstream market, having signed with Century Media Records. Having formerly been part of the scene, I can tell you first hand that Christian hardcore fans can turn on you really quick if they get even the faintest whiff of spiritual compromise; with Finished People, Sleeping Giant’s latest record, there is little doubt as to where the band stands spiritually. Vocalist Thom Green shouts lyrics dripping with spiritual imagery and messages of salvation and redemption, and on the interlude track “Violence,” special guest Levi The Poet makes an appearance with an emotionally delivered spoken word piece that is essentially a Christian apologetic piece. There are snippets of sermons interspersed throughout the album, and the final track, “Victory,” ends with an old-sounding recording of a traditional spiritual hymn.

“But Bradley, how is the music” you may ask? Well, Sleeping Giant have done their homework, and on Finished People there are elements from almost every era of hardcore and metalcore. The guitar work is absolutely savage at times, and the moshpit warriors will have an excellent soundtrack to batter their friends to, such as the absolutely colossal “Blood Meridian.” There are gang vocals aplenty, “Son Of God, Son Of Man” being a great example; there are thrashy old-school hardcore moments, super down-tuned guitars for the metalcore crowd, sung vocals for the fans of the melodic side of things, and tons of breakdowns. If you’ve read my previous reviews, you know how I feel about breakdowns, but in Sleeping Giant’s case I’m going to let it slide because they’re a hardcore band, and they’re just doing what hardcore bands do. Besides, the breakdowns are really the least of my concerns with Finished People.

Thom Green may be a passionate front-man, but passionate doesn’t always equal skilled, and Thom doesn’t seem to have a whole lot of tools in his box, so to speak. As heavy as the music is, it loses its impact a bit when Thom starts shouting, because there just really isn’t any power behind the vocals; if you’ve ever yelled at someone from across a large room, you can do these vocals. The shouting style isn’t new to the hardcore scene, and has even worked pretty well for bands like Comeback Kid, but Thom really gets upstaged by the numerous guest vocalists that appear on this album. That’s actually another point that bothers me here: there are guests on well over half the tracks, and those vocalists all do more for the music than the band’s own vocalist!

The production is pretty spot-on, with excellent use of sound-clips, fade-ins like the one at the beginning of “Clutches,” and the gang vocals sound massive. The guitars are pretty high in the mix, the bass and drums are explosive, but the vocals seem to be the main focus; while, from a lyrical standpoint, this is perfectly fine, it does lighten the impact of the rest of the band.

Overall, fans of hardcore will find a lot to like here, and Christian fans will rejoice in the fact that Sleeping Giant have stuck to their ideals, despite the major label shift. If you’re not a fan of breakdowns, this probably won’t appeal to you, and the vocals leave a lot to be desired. Finished People is a decent effort, but is a bit over-powered by guests; next time, I’d like to hear more of Sleeping Giant trying things on their own.