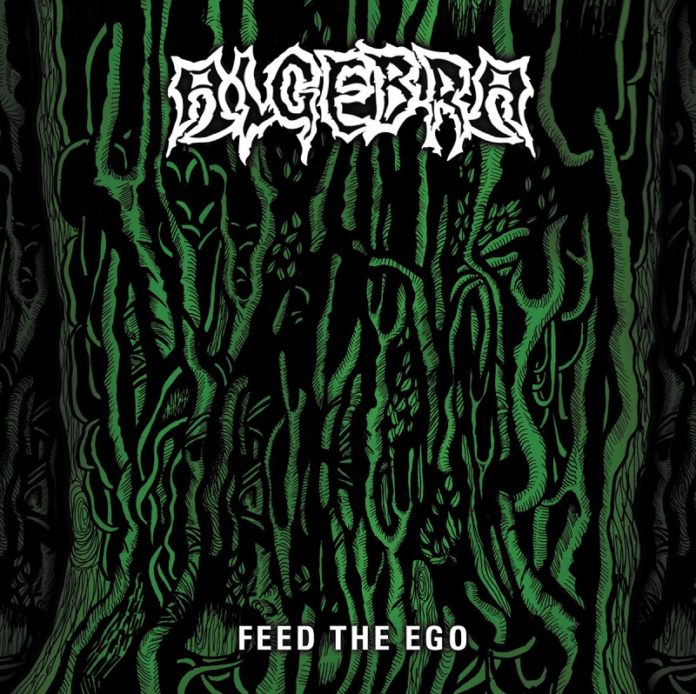 You don’t need me to tell you that one of the most important factors of a band is their name. A good band needs a strong name that reflects their image, their sound and the artists themselves. A power metal band called ‘Conquerors Of The Dragon’s Crest’? Perfect. A grindcore band called ‘Botched Circumcision’? Couldn’t think of a better name. So it’s easy to be scratching heads at the somewhat unusual moniker of Swiss thrash metallers Algebra. Following 2012’s Polymorph, Algebra deliver a nimble beast of nostalgic 80s thrash fused with pulverising death metal attitudes on their new album Feed The Ego. But it’s only after the mathematical precision of the record has torn you apart that you’ll realise how appropriate the band’s name really is.

Algebra‘s sound is easily comparable to bands like Testament and early Metallica, but it’s the band’s emphasis on brutal technical proficiency which makes them a unique stand-out from thrash-revivalist contemporaries (and Unspeakable Axe labelmates such as Sabbatory). Both guitar and percussion work closely together on opening track ‘Survival Nowadays’, performing with calculated, mechanical accuracy as if it was a single instrument. Cold, robotic precision cuts through each song like an x-acto knife, and it’s not just in the instrumentals where the band touches on this notion. The cold, uncaring modern world is a common theme throughout the record, and whether we’re bringing about our own downfall through technology, disregard for the environment, or social isolation, it’s being yelled about. The lyrics aren’t a particularly notable part of the album; they’re blunt and get their message across in their derisive critiques of modern society (though I don’t think your album’s going to age well if you’re specifically growling about ‘the year 2014’), but apart from that, they’re standard-issue for the genre. Lyrics are barked out with the stern fierceness of a drill sergeant, but don’t quite fit in with the rest of the instruments, floating a bit too high in the mix. The vocals would have worked far better with some slight cosmetic effects, feeling a bit too tough and almost jocky on their own to flow with the mechanical, robotic vibe of the record.

Though a lot of the songwriting is average cut-and-paste thrash, the band throws a few curveballs here and there. ‘My Shelf’ trades frenetic d-beats for slow, contemplative guitars which slowly unwind into deranged, nihilistic soloing and shows Algebra at their most creative and entertaining. Some of the riffing on display here even draws from more recent influences, such as the sinister, mechanical leads on ‘Egosystem’ which call back to Lykathea Aflame and even Behold The Arctopus.

Algebra may not be the most unique trash band you’ll hear this year, but Feed The Ego shows their full potential in their creativity, concepts and overall competence. It has a ton of more lyrical and conceptual substance than other boring thrash revivalist bands, but even if you ignore their message, over the nine tracks on this record it never lets go of the throttle, belting full force all the way.