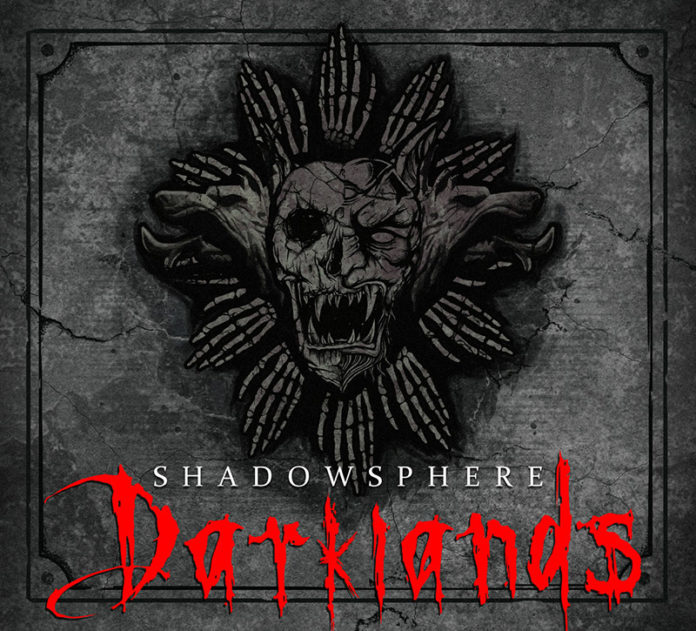 One debate I hear pretty often is one that has been going on since the 90’s: what’s the difference between melodic death metal and metalcore? Where do you draw the line that separates, say, At The Gates or Dark Tranquility from Killswitch Engage or Shadows Fall? The issue is made all the more confusing by some of the originators of the Gothenburg scene, particularly In Flames and Soilwork, crossing over into the North American market, and incorporating elements of hardcore. Not all metalcore bands have breakdowns, and not all melodic death metal bands come from Scandinavia so, in the end, its largely left up to personal opinion.

Shadowsphere are a Portuguese band that play a form of metal that fits into the aforementioned grey area; while there are plenty of thrash elements in their sound, the heavy-yet-melodic bits are equal parts At The Gates and As I Lay Dying. Darklands is a re-recording of the band’s first full-length, released back in 2004, this time with a much better production, and slightly updated take on some of the old tracks. Had this particular version of Darklands been released back in 2004, I have no doubt in my mind that Shadowsphere would have become a household name. The guitar work is fast and furious, with a less than subtle Gothenburg influence in its sound, though I’d say the execution is much more true to the original sound than that of many of the North American bands that claim to be influenced by it. Vocally, I’m reminded of Meshuggah and Carnal Forge, which are effective and aggressive, while still being clear enough to the lyrics without much difficulty. There’s a bit of a vampire theme in the lyrics, with multiple sound clips from the 1990’s film, Bram Stoker’s Dracula; I don’t know what it is about vampires, but it seems everybody liked using the imagery in their bands back in the early 2000’s. The sound clips are used pretty effectively, such as on the track “At The Graves,” which starts out as a moody, mid-paced tune, which dips its toe into the realm of metalcore, in the vein of early Atreyu.

Seeing as the kids have moved on from this sound in favor of deathcore and “djent,” it’s unfortunate that Darklands wasn’t released with this excellent production 10 years ago. Still, Shadowsphere make for a pretty compelling listen, and fans of Shadows Fall or Unearth will certainly enjoy this record. I dare say Shadowsphere play this sound better than many of their contemporaries.