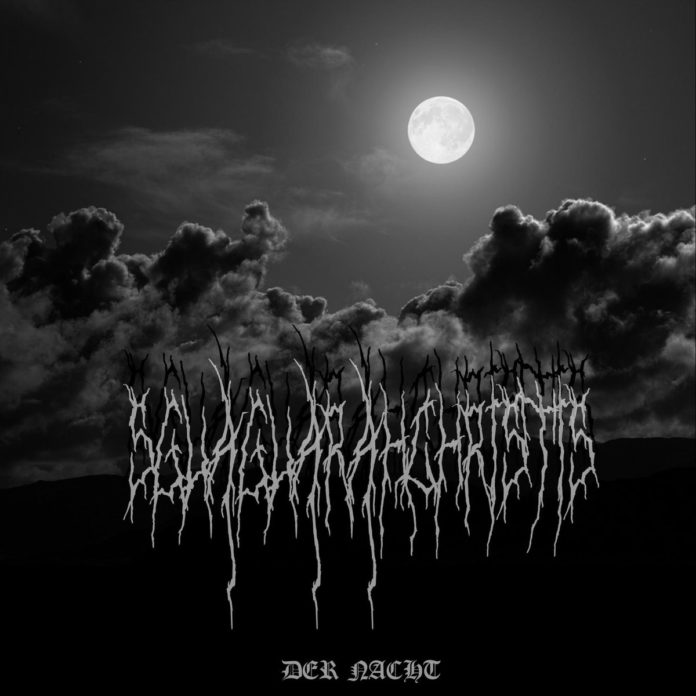 I enjoy hearing bands that stretch the boundaries of black metal; it’s healthy to keep pumping fresh blood and new ideas into the mix, otherwise the scene will grow stale and people will want to move on. That being said, sometimes I really want to hear bands that play just good old raw and bleak sounding black metal, similar to the Scandinavian scene of the early 90’s. It’s what got me into the genre in the first place, and I’ll always have a soft-spot for that early stuff, lo-fi recordings and all.

Sguaguarahchristis seem to embody the very spirit of that early black metal scene; the music is raw, abrasive, and has a lo-fi quality to it that feels like a genuine attempt to return black metal to its roots. The second track, “Act II: Transparent Tears from Saturnus” sounds like it could have been an outtake from Destroyer by Gorgoroth, with its chaotic attack, mixed with an air of melancholy. In fact, there’s a real sense of sorrow throughout the album, bordering on the depressive strain of black metal, though Sguaguarahchristis seem more content in waging sonic warfare than they do in providing a suicide soundtrack.

There are a wide variety of textures and tones in the music; there’s melody, occasional spooky piano pieces like the last few seconds of “Transparent Tears from Saturnus,” and a lot blast beats and walls of savage guitars. There’s an almost hypnotic quality, similar to the early works of Burzum, though with a much better recording. Really, you can trace influences to nearly every band in the early Norwegian scene, though presented here with a few modern twists, and certainly a better production.

As far as the production, for those used to the lo-fi approach that most of the second wave black metal bands took, the production on Der Nacht will feel pretty familiar. Although the music sounds almost like it’s floating in from a dream or, more accurately, some hazy nightmare, the quality is good enough to be able to pick out each instrument (although, as usual, I would like to hear more bass).

Sguaguarahchristis have certainly offered up a solid black metal effort that will please fans of all things “grim” and “kvlt.” If you like your black metal raw, with a little melody and a lot of atmosphere, pick up a copy of Der Nacht.