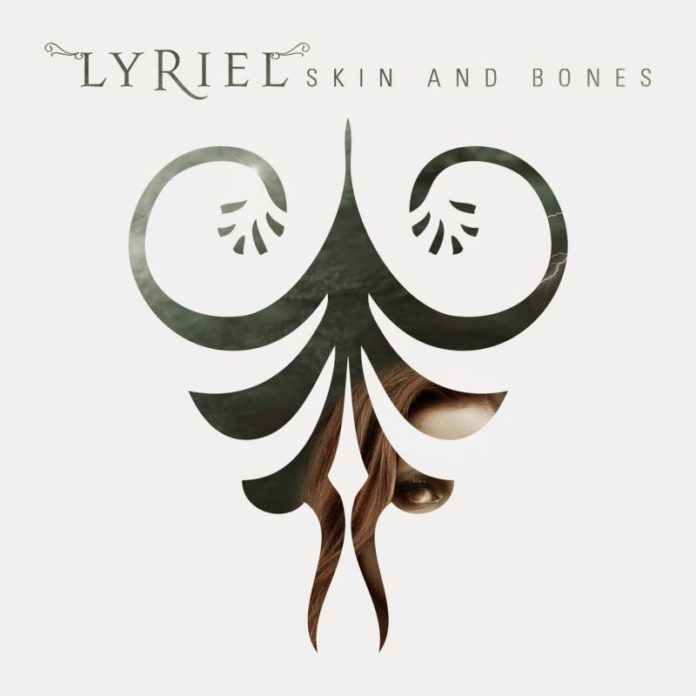 If I was to judge Lyriel by “Numbers”, their opening track, alone, I’d call them a Nightwish tribute band. It’s not that the music is bad, not at all, but rather that it seems so derivative of the Dark Passion Play-era of Nightwish, that it really made me expect the worst. You see, sometimes music reminds you of something. New bands often have to face the challenge of living under the shadow of those that inspired them, and in the realm of female-fronted symphonic metal, a standard was set by Nightwish, and many bands tried to imitate it. While Lyriel did not go for the soprano style that Nightwish popularized early in their history, it really seemed that they had taken way too many cues from the Anette Olzon incarnation of the band to really ignore it.

Skin and Bones is not, thankfully, a homage to Nightwish, even if some of the “epic” symphonic elements popularized by Tuomas Holopainen do appear from time to time. While there is nothing inherently wrong in taking cues from those who are more experienced, the album feels stale, as if they had zero interest in being really creative. This is a strange complaint, because I did not hate the album; as a matter of fact, songs like “Falling Skies” are quite good and catchy, and it is clear that Lyriel know what they’re doing in terms of musical proficiency. The problem is that even when the music is good, we’ve heard it all before.

Although they have been labeled as “folk metal”, maybe by the presence of a string section, Skin and Bones is not at all representative of that genre; on the contrary, the album is a fairly straightforward metal album, despite the presence of some violins and cellos. Sadly, this string section does not occupy a very prominent place, most of the time feeling relegated to the background. This is really a shame, since I think that by not featuring them more prominently Lyriel wasted an opportunity to create something new and fresh, instead of just throwing them in for the hell of it.

While there are some attempts at creativity on the part of the band, like featuring growling vocals in “Black and White”, courtesy of ex-Scar Symmetry‘s Christian Älvestam, these efforts are too little, too late, to really turn things around. The truth is that Skin and Bones is just boring, and so reminiscent of other bands, like Nightwish, Krypteria and Elis, that it’s hard to take it seriously. For a fairly short album, barely clocking over 55 minutes, it feels like it drags on forever.

I don’t doubt that Lyriel are capable musicians who have more than enough skills to perform great music; the problem is that Skin and Bones fails to show their ability as songwriters. This album delivers nothing but cookie-cutter “gothic” music of the kind that we’ve heard too many times before, and often performed better.

A boring release that failed an opportunity to exploit a string section, offering nothing but cookie-cutter symphonic metal.
Some pleasant tunes
Some interesting (but sadly few) string sections.
Extremely boring and unoriginal.
3.5