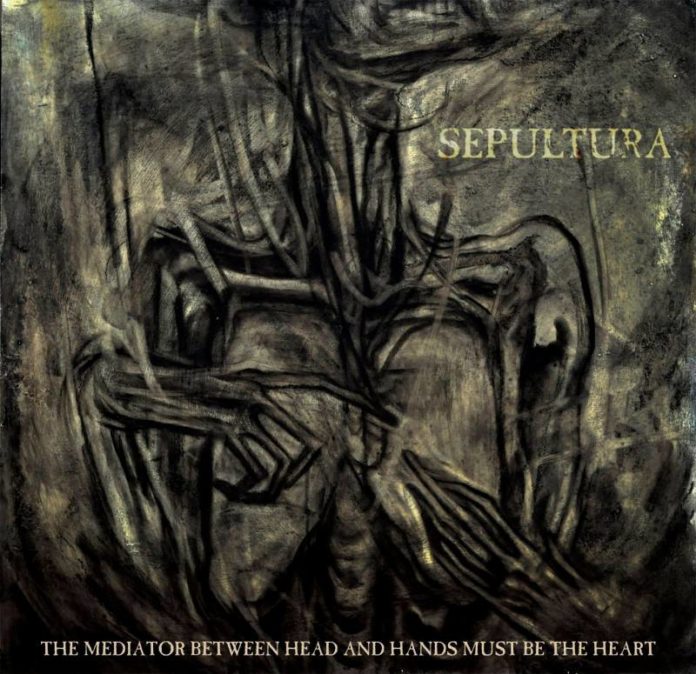 Sepultura are are up there with the Metallicas and the MachineHeads in terms of career lengths, impact, accessibility and consistency (or lack thereof). Their first album, Morbid Visions, came out nearly 30 years ago with an almost entirely different line-up and a completely different sound, opting for a much more death/thrash style as opposed to the groovy sound with little bits of hardcore and nu-metal that they’ve adopted in their later years. Although recently they seem to have thrown back a bit to the old school, if we’re honest we all thought that this new album was going to be played on all the major music channels in between Korn and Avenged Sevenfold. Well, amazingly enough, this time there will be non of that here.

You see, like a lot of longstanding fans, I thought that Sepultura had really hit the skids over the past decade and were well and truly done for. This release is like a rebirth, as we can find no U2 covers and just straight up dark thrash with any catchy elements forcefully removed and left by the wayside.

Sepultura have been able to recapture and implement all the latin groove and, at the same time, tie it in with the speedy and aggressive thrash. The breakdowns that will have you harking back to years gone by, are all complimented by Derrick Green doing his usual thing and sounding like a manic witchdoctor. In the percussion department,  Eloy Casangrande was one hell of a smart addition to this record, as his style is spot on from the strange latin percussive drumming all the way through the technical speed hitting. Of course, it’s this album packs more riffs than you’d imagine could be crammed into one record, courtesy of Andreas Kisser’s ridiculously fast shredding (to put it bluntly, if you are a guitar fan you will not be disappointed with this record and you might even learn a few lessons on song structure and dynamics). It would be in bad taste to not mention Paulo Jr, bass wizard, here just because he’s still alive and the only remaining original member of the band, and still deserving quite a lot of respect. As an interesting addition, and freshly relieved from Slayer drumming duties, there is also a guest spot from Dave Lombardo on the song ‘Obsessed’.

I suppose I can’t not mention the album title here. Whilst it’s not that I disagree with the sentiment, and it isn’t quite as wordy as a Bal-Sagoth album, it still seems a little redundant and out of place. Although this is, of course, a matter of personal taste, I qualify this statement with the sinking feeling I first got when I saw the title for the first time (and I don’t think I was alone in that). While it’s not a big deal, it just reminded me of how every band I’ve come across lately seem to have some sort of ridiculous name or album title (as a musician, I have to ask whether I missed a meeting or something).

Honestly, I can’t remember the last time I was impressed so quickly by a Sepultura album. Thinking on it, it was probably Beneath The Remains. Although that in itself is enough of an accolade to sell this album, this is a release that deserves to be listened to on its own merits. Yes, we all know that Max Cavalera isn’t in this band anymore (not that that ever really bothered me) but there is enough class here to warrant a purchase. It’s aggressive as hell (with even even a small bit of blast-beating in there); it has retained the groove and that underlying latin feel inherent in all good Sepultura albums; all the members perform their roles incredibly and come together as one to form a perfect metal album. It’s a shame that most people will brush this record off out of pure ignorance, so I beg anybody reading this not to do that and actually give it a shot. Hell, the track ‘Grief’ could almost pass off as a Black Metal interlude piece, so just hold on to that and listen to the rest while you’re at it, in case you feel the need to protect your Kvlt status.