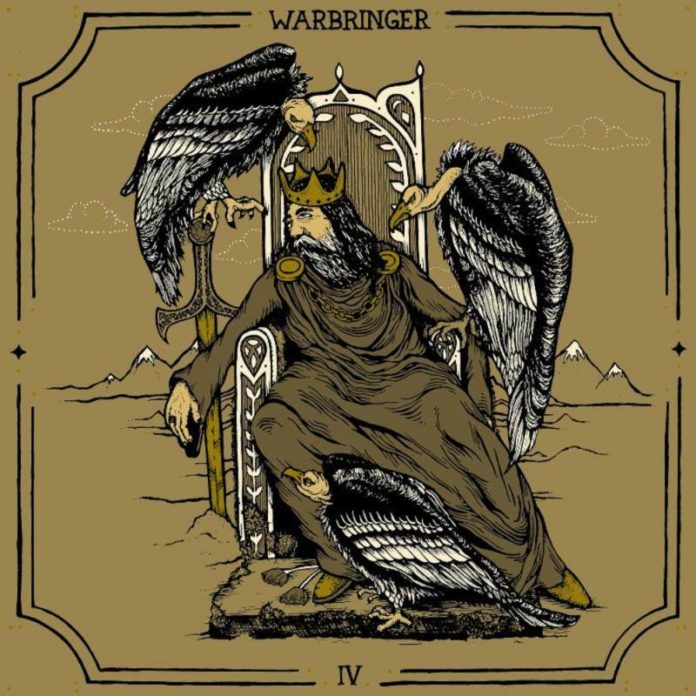 While I’ve never been their biggest fan, I could always see the potential in Warbringer. They’ve always brought serviceable, enjoyable thrash to the table, but I could always see the ability they had to produce more. I’m pleased to say that with IV: Empires Collapse, they’ve finally fulfilled that potential and shown us that the best is yet to come.

The record kicks off with the full-on thrash of “Horizon”, a searing speedball to get the listener’s blood-pumping. It’s a great tune and one that will surely be a big hit live. The first really interesting moment, however, comes in the form of “The Turning of the Gears”, a punk-inflected stomper that reminds one of the sort of groove Death Angel was working with on The Art of Dying.

It’s fantastic to see Warbringer bringing more light and shade into what was once a pure, unrelenting speed metal sound. The best bands in the thrash scene never lose sight of the fact that they’re writing songs meant to entertain people, and that the best songs have great hooks ((This is something that Metallica, for all their flaws, has always understood.)). “One Dimension” comes in showing even more variety, with the chorus and backing vocals taking cues from traditional hard rock, adding an undeniable hookiness to the song. Influences also crop up from traditional metal and black metal making for one of the most diverse thrash platters you’ll hear this year.

The diverse material is held together through a crisp and clear production. I’m very impressed with Steve Evetts’ ability to make every note from each instrument completely discernible. It’s no easy feat when your music is as aggressive and chaotic as that of Warbringer, but when a producer has the know-how to make a record’s sound both crystal clear and ultra-heavy, you know they know their stuff.

Probably the weak point of the album is vocalist John Kevill. His scream is as much a driving-force of the band’s assault as it has ever been, but on an album that sees the band maturing into broader and better songwriters with a deep and diverse reservoir of ideas, a little variety in the vocal department would have been a huge benefit. Instead his excellent, vicious screams just don’t completely click in to the tunes. This isn’t his fault at all; it’s just a symptom of all the interesting arrangements and musical shapes his band mates throw out all over this record.

If there’s any justice in the world, IV will be the record that takes Warbringer to the next level: from Exodus copycats to something altogether unique and exciting in the modern thrash scene.[signoff predefined=”Signoff 1″][/signoff]