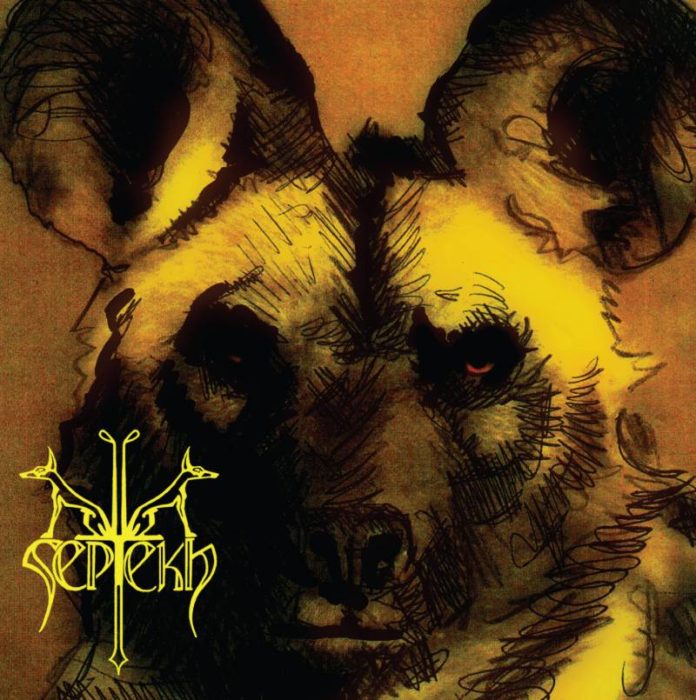 It’s been awhile since I’ve gotten a chance to listen to something as fun as this album. Septekh‘s latest EP The Seth Avalanche is a straight up thrash album with a little black metal and punk influences thrown in for good measure; and it certainly helps add a little extra kick to an EP that was already good. Instead of your stock death metal grunts and growls, vocalist Nils Meseke sounds like he broke off a piece of glass and gargled it when he woke up in the morning, producing a sort of scratchy sound that fits in with the rest of the EP perfectly. Album opener “Fuckslut From Hell”  grabs you right from the beginning and throws you onto a roller coaster ride that never stops – and that’s a good thing. The Seth Avalanche is only 20 minutes long, which means it’s incredibly easy to listen to the whole thing two or three times in one sitting before you move onto something else. This is great; some of the songs really get stuck in your head making you want to just hit the repeat button as soon as their over.

Being mostly a thrash album The Seth Avalanche is the strongest when it’s plowing full steam ahead, which certainly isn’t a problem for most of the album. There are a few sticking points however; like the beginning of “Blunt Force To The Head” which suffers through about a minute and a half of a rather monotonous slow beginning before picking back up with a much welcomed barrage of blast beats (which are nice, because they aren’t overused on this album at all).  Drummer Staffan Persson absolutely tears up the drums on this album; they’re a lot of fun to listen to especially when you mentally isolate them from everything else and concentrate just on them. Plenty of crunchy riffs are also present on The Seth Avalanche; look no further then “Shoot Them All” for some of the best riffs on the album, although from time to time some of the riffs sound a little too much alike.

Septekh‘s production on this album is great, easily one of the best things about The Seth Avalanche. The guitar tone is great, and guitarist David Wikstrom uses it to ingrain some absolutely stellar fretwork into your brain. The drums feel appropriately punchy, thankfully avoiding one of the big problems that many thrash albums have – weak drums. You can always hear them and they have a nice thump; it’s nice to see (or hear, rather) that they weren’t completely buried under the vocals and guitars. Overall it’s a very satisfying listening experience; plus everything has that great echo-y sound that only helps compliment their thrashy sound.

If you’re a fan of thrash metal at all you’ll definitely want to check out The Seth Avalanche. Septekh put out an EP that contains some seriously catchy and just great songs; I think I’ve had “Shoot Them All” and “Fuckslut From Hell” stuck in my head for about two weeks now. Yeah, seriously two weeks. It’s by no means a perfect album; but it is very good.