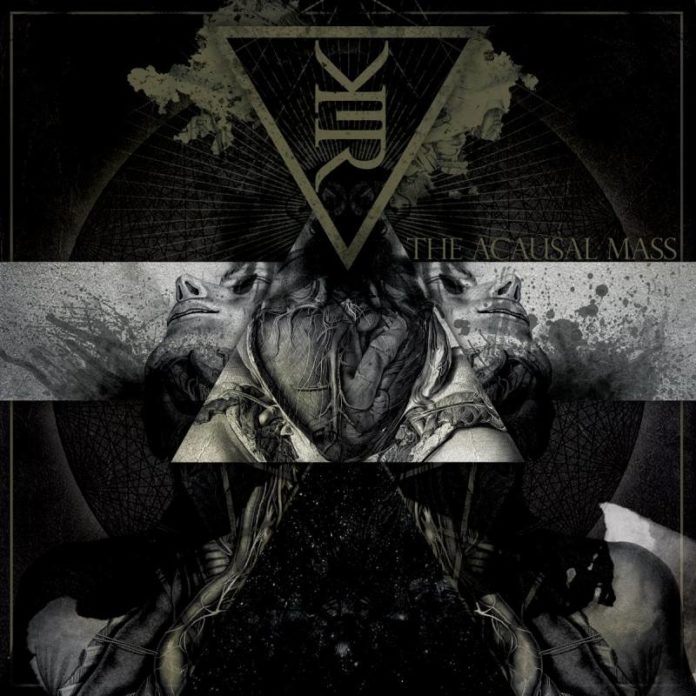 French black metal has always done a great job of throwing fans of the genre for a loop. On the one hand, groups like Alcest and Les Discrets merge the style with shoegaze and dream pop, creating works of sublime ethereal beauty that are great for getting your girlfriend into metal. On the other, groups like Blut Aus Nord and Deathspell Omega create avant-garde works of impenetrable dissonance which make unfamiliar listeners recoil in disgust, but are guaranteed to provide a greatly rewarding listening experience for those able to endure them. And then there’s Merrimack. These guys aren’t making the same revolutionary steps that their contemporaries are doing in redefining black metal; they’re instead pretty content to make a straight-up black metal release on The Acausal Mass. The production is clear and the focus is on speed and nice, savage, killy riffs – this is an album that owes more to the Swedish scene of black metal, with passages and styles influenced by the mighty Marduk and Watain. There’s a fine line, however, between wearing your influences on your sleeve and becoming a carbon-copy of them – Merrimack have all but blasted past this line at Mach 3 for how indistinguishable they are from their Swedish contemporaries.

The opening “Vestals of Descending Light” is a dissonant fifty-second blast of antimusical fury that piqued my interest from the get-go, but unfortunately is the only track of its kind on the release. The rest are solid and competent blasts of black/speed metal with pretty good riffs, but honestly not that much else going for them. “Worms in the Divine Intestine” starts with a nice head-nodding drum groove, “Hypophanie” closes with a lute or an oud of some kind to add extra Medieval/Mid-Eastern atmosphere (and does a pretty good job of it), and “Beati Estis Cum Maledixerint Vobis” is a song with a title not just in Latin, but in grammatically correct Latin – that’s a huge point in their favor coming from an ex-Classics major who’s sick of metal bands committing crimes against the language.* Aside from this, the rest of the songs on the record are pretty indistinguishable from one another – they’re good songs, but there’s not really that much to recommend them. Or the album as a whole, for that matter.

If you’re really into the Swedish style of black metal and aren’t still satisfied with Sworn to the Dark or Panzer Division Marduk, you’ll undoubtedly get a kick out of The Acausal Mass. If you’re looking for something different and fresh out of your black metal, though, you should seek out something more fulfilling. While Merrimack does nothing new, they do what they do very well – I just wish I didn’t have the feeling that I’d heard it all before.

*The song title translates to “You are all beautiful when they will have spoken evil to you,” whereas Mayhem’s De Mysteriis Dom Sathanas translates to “Concerning secret rites Lord Satan,” and Gorgoroth’s Quantos Possunt ad Satanitatem Trahunt translates to “They can they drag so many of those to Satanism.” 6+ years of Latin and a fondness for heavy metal are not a good combination; I can’t help but feel like the centurion in that one scene in Life of Brian all the time.