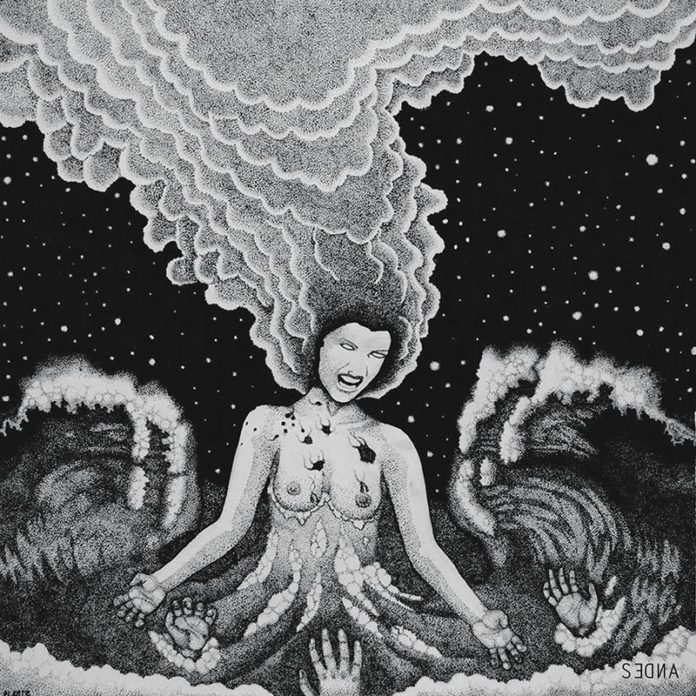 Hey! Do you like self-loathing while listening to your favourite black metal band? Uh-huh? Do you like self-loathing while listening to some depressive sludge? You do? Well, now you can hate yourself twice as much with Sedna’s debut full-length record! If you hadn’t guessed already, they play a style of atmospheric black metal fused with grim, brooding sludge, crafting their own distinct aural landmarks into the stagnating plains of black metal.

First of all, let’s be real here. This really shouldn’t work. You have two of the most polarising, extreme styles of metal that exist on completely opposite sides of the genre spectrum; naturally, combining the two is not a good idea. It’s like Gary Numan putting out a thrash album, or Lou Reed collaborating with Metalli– oh wait. But yes, in layman’s terms: Black metal = fast; Sludge metal = slow. But both share some common thematic links, so many have naturally tried to combine the two, with varying levels of success. While bands like Thou approach this fusion with a stance towards the sludge side, Sedna incorporate slow, antagonistic sludge elements to complement the fast, dense, emotionally-investing traditional black metal sections, giving the album a unique pace and a narrative-like sense of progression, avoiding the sluggishness which commonly plagues black metal.

While the guitar lines are a little bit uninspired and would benefit a lot from some further development, they capture the atmosphere of the record pretty well. The vocals here are astonishing too, with one adopting a typical black metal shriek, and the other barking out a throaty, pained cry. The vocal performances are super-passionate and involving, but would benefit from being mixed a little bit better, sounding too high up, leaving awkward gaps in between the lyrics. The real praise here goes to the drummer however, the absolute undisputed highlight of this record. Dude plays with so much force and intensity and fucking precision, and contributes to most of, if not all of the jaw-dropping set pieces of this record. Such as in opener ‘Sons of the Ocean’, where the guy follows a clean section by straight-up flattening his kit in a veritable torrent of blast beats, and it’s so awesome that I spent ten minutes trying to think of a witty or expressive metaphor to describe it and I just couldn’t. It’s too awesome. This band is awesome. Go listen to them.