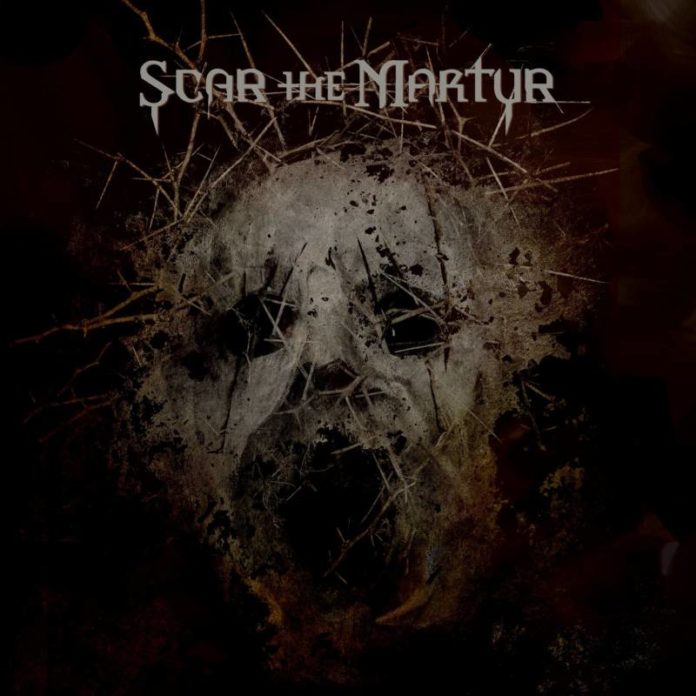 I love this album. As in, if it were a man and I (also being a man) found ourselves deserted on an island far off the coast of mainland China, left to our own devices to survive and…ahem…entertain ourselves, I probably wouldn’t hesitate to at least dabble in situational homosexuality. Constantly. If this album had been good, it would have made me more than happy, but the fact that Scar the Martyr came out of nowhere, is the cherry on top of the icing. For a while I had known that members of Slipknot had formed side projects during the aforementioned’s hiatus, Sid Wilson with SID, Shawn Crahan with The Little Black Dots of Death, Dirty Little Rabbits, etc. And while most of those releases would receive rather lackluster reviews, I can predict different things for Scar the Martyr.

The few people that I’ve talked to about this band have groaned and rolled their eyes as soon as I mention the name. Yes, it reeks of metalcore names like A Line Before the Ocean, We Came as Romans, iwrestledabearonce, but that’s as far as it goes. Scar the Martyr is by no means a one trick pony, riding on the coattails of a popular sound, it’s in fact a great mix of sounds both new and old; the album contains mixes of nu metal, djent, Gothenburg death metal, early 2000’s industrial and a peppering of a few other alternative sounds. The mix of sounds would be something like Meshuggah, Coal Chamber, Kamelot, Spineshank, Soilwork, and Klank. And while the mix would even get me to raise an eyebrow, it’s something that you’d have to take my word for, Scar the Martyr simply make it work. But when members from Strapping Young Lad, Straight Line Stitch, Nine Inch Nails, and of course, Slipknot join forces, I would expect no less.

It’s also extremely rare that a band would have such a defined and confident sound on their first album; usually they lack any sort of confidence, flopping about as the band try different things in order to find their sound . The songs on Scar the Martyr are  insanely well done; both melodic, heavy, complicated, yet insanely catchy: “Blood Host”  “Cruel Ocean” “White Nights in a Day Room” “Last Night on Earth” all feature complex elements that almost branch out into progressive strains, but I’ll be damned if they didn’t spend countless days and nights working on the choruses. There’s a certain accessibility to what Scar the Martyr have done, it is by no means the heaviest sound on earth, but neither is it soft in it’s approach; all at the same time there is an intensely raw sound to their approach, though it may be melodic at times it is often introduced by guitars tuned way down to A and with drums blasting all the way. But rather than rely on the popular notion of just hopping on the open string, screaming like a dog that’s about to vomit, Scar the Martyr have set out to do something different with their turn up to bat and hit it out of the park. So much so, that I really struggle to find a better debut album from a band in the last 10 years. Digging back of course one can find successful albums like Kill Em All, Holy Diver,  Scream Bloody Gore, and Show No Mercy. And though there have been lots of great debuts in the past 3 years, nothing has quite reached that level and Scar the Martyr definitely goes to that level.

Then again, you can’t please everyone. I’m sure someone will find something to nitpick about, but in all honesty, it will come down to just that: nitpicking. People will have to search this album for small things they don’t like and rest their decisions solely on that. Some people will say that the album simply isn’t heavy enough and will ignore the absolute brutality of the outro solo of “Last Night on Earth”. Other will say that it’s not melodic enough and ignore the chorus to “Mind’s Eye”. In fact I have one, I really think that they should have ended with the tack “Mind’s Eye” but what are you going to do?

In the end, the debut entry from Scar the Martyr is simply too strong of an album to ignore and far to good for even the most ignorant to shrug off. Let’s face it, we’re talking about possible album of the year here.