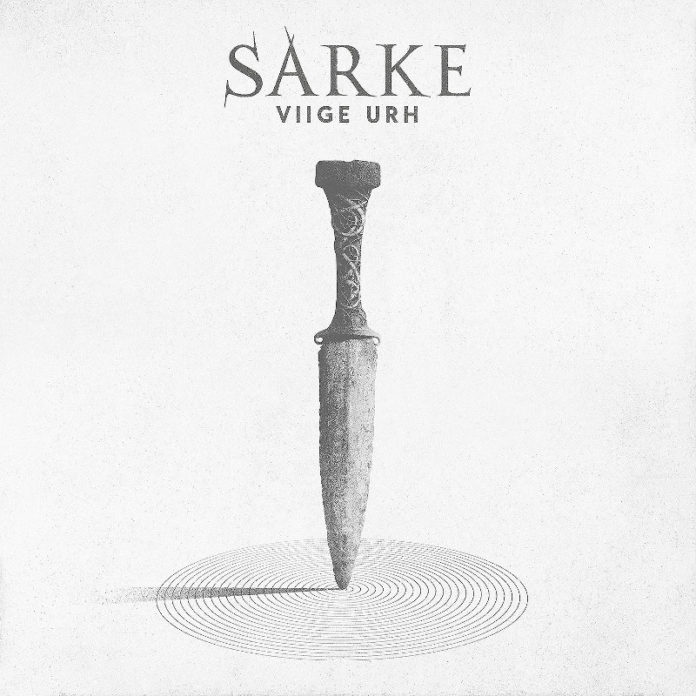 With this fifth album, the Norwegian group Sarke are focusing on the passing of time, featuring artwork focused on old artifacts, growth, and a solar clock. The blend of black and death metal presented in the songs, however, doesn’t aim for the same delicacy or starkness that the cover art suggests, as instead the preoccupation with the concretization of events and the shortness of life crop up steadily in the lyrics, combining with the keening chords and straining anger to excellent effect.

While the songs generally operate in an emotional space between despair and rage, the band is careful to include some very hooky riffs alongside their musings on mortality. Breaks for atmospheric softness come rarely (“Jutul” being the prime point of reference), but their inclusion shows Sarke putting effort into building something larger and more compelling than just a merciless stream of screams and shredding. Viige Urh comes together as an album with a real sense of presence and weight to its songs, ably emphasized by vocalist Nocturno Culto‘s deliberate intonation and cadences, and the runs of head-banging beats are threaded neatly into the more somber moods.

It’s also a very compact album, clocking out at just over half an hour of material, but that works to its advantage, as the band keeps the music pared down to just the stuff that matters. Despite that brevity, there’s enough complexity in the layering and songwriting to keep it holding up over repeated listening, so you should absolutely get a copy if you’ve been looking for some metal that keeps things serious without being too dogmatic about its sub-genre melding.

THE BOTTOM LINE
Short, but strong, with a bit of enticing mystique in the quickness and directness of the album as a whole
Reader Rating0 Votes
POSITIVES
Sharp song-writing
Good band-mate chemistry
Powerful music
Mean hooks
NEGATIVES
It does feel like some of the songs could have been expanded without cutting into the flow of the album too badly
4.5