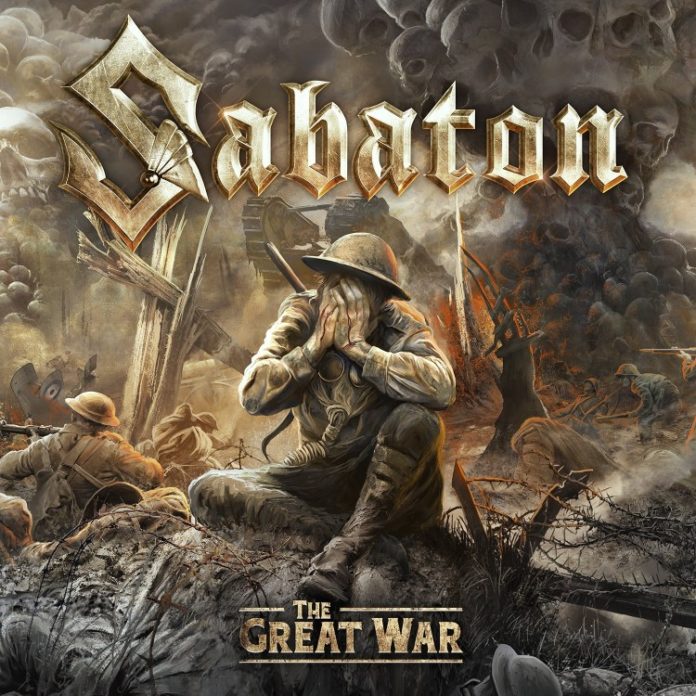 While nowadays it is considered polite to, at the very least, pay lip service to pacifism, this was not always the case. Until very recently, romantic notions of nationalism and militarism were actually the dominant forces when it came to our understanding of warfare. As Steven Pinker documented in his colossal The Better Angels of Our Nature:

Romantic nationalism and romantic militarism fed off each other, particularly in Germany, which came late to the party of European states and felt that it deserved an empire too. In England and France, romantic militarism ensured that the prospect of war was not as terrifying as it should have been. On the contrary, Hillaire Belloc wrote, “How I long for the Great War! It will sweep Europe like a broom!” Paul Valéry felt the same way: “I almost desire a monstrous war.” Even Sherlock Holmes got into the act; in 1914 Arthur Conan Doyle had him say, “It will be cold and bitter, Watson, and a good many of us may wither before its blast. But it’s God’s own wind none the less, and a cleaner, better, stronger land will lie in the sunshine when the storm has cleared.”

It wasn’t just that being for war was the norm, but also that being against it was considered downright treasonous. While the Great War was raging in Europe, the US Supreme Court even upheld the punishment of people for distributing fliers against the draft, or against the Entente’s intervention in Russia; similarly, in the United Kingdom, Bertrand Russell was sent to prison for his public opposition to the war. People were expected to lay down their lives for whatever conflict their inept leaders had rushed them into, and resistance would often be met with suspicion and resentment, if not downright punishment.

While it is true that anti-war art has existed for a long time, as can be seen in the likes of Westfront 1918, Mark Twain‘s The War Prayer, or Goya‘s magnificent series The Disasters of War, artists often depicted war as a romantic and glorious burden. Whether it is because of the role played by the military-industrial complex in the arts, or simply because victory is more fun than misery, glorifying war has traditionally been the rule.

Despite the aggression that outsiders often perceive in heavy metal, the genre has often lend itself to an unexpected kind of anti-war sentiment. While the hippies and the folk musicians of the 60’s and 70’s were largely celebrating life and trying to preserve its supposed beauty, I’ve always felt that heavy metal’s inherent nihilism seemed to oppose war because of how absolutely pointless it appeared to be. Songs like Black Sabbaths‘s “War Pigs” and “Children of the Grave,” Megadeth’s “Symphony of Destruction,” or even Iron Maiden‘s “The Trooper,” all share a certain repugnance towards war and the destruction that it causes.

Due to their sometimes militaristic sound and their lyrical topics, Sabaton are sometimes misunderstood as a band that somehow stands in favor of conflict. Their music talks about war from the perspective of those who faced the destruction and, as such, is prone to be misinterpreted. This is what has lead to the insane accusations of them being Nazis (“they said something positive about Germans!“) or even Zionists (“they said something positive about Israel!“). While it is undeniable that some of their songs do glorify those in combat, I’ve always felt that it had to do more with a recognition of the sacrifices made by those in the front lines, and less with the geopolitical goals of their respective sides. If anything, it always felt that they were very much against war.

Sabaton‘s opposition to war could never be heard with more clarity than in their latest release, The Great War. Despite having plenty of the glorious power metal assault that the band has accustomed us to (“Red Baron” and “82nd All the Way” are perfect examples of this) underneath it all there is a grim reminder of the horrible consequences that came from “the war to end all wars.” About this conflict that, by the time it was over, had already planted the seeds of its own sequel, Sabaton asks us “what’s so great about it?”. As we hear in the title track:

Where is this greatness I’ve been told?
This is the lie that we’ve been sold
Is this a worthy sacrifice?

From the album cover, which opts to show a crying soldier overwhelmed by war, all the way to the closing track being a poignant choral rendition of “In Flanders Fields,” Sabaton seemed committed to leaving the listener not with a thirst for war, but with a desire for peace. They chose to remind us about the horrific reality of a conflict that re-shaped the world, destroyed empires while creating others and which, in the end, only managed to refine war and make it more deadly. It reminds us of how war, despite how big of a “fix” it might seem to be, often fails to fix anything and, instead, creates new problems. Whether it is in the ovens of Auschwitz, the Gulags of Siberia, or the Cambodian killing fields, the aftershocks of the Great War can be felt to this day, and they remind us of how many unexpected consequences can come from the death of a single man.

In All Quiet In the Western Front, Erich Maria Remarque describes the horrors of war by showing what it did to those who had to fight it. The lamentation of one of the characters contemplating the body of an enemy soldier reminds us precisely about the struggle that those in the front actually had to go through:

“Why do they never tell us that you are poor devils like us, that your mothers are just as anxious as ours, and that we have the same fear of death, and the same dying and the same agony?”

Sabaton‘s The Great War tells precisely that story. The story of a war that, like all others, was mostly felt by those who didn’t start it. And, to be frank, Sabaton deserve to be praised for having done it.

As an ad-free publication, we rely on our readers to make the site self-sustainable. If you want to support us, please visit our Patreon. Alternatively, consider buying any of the books mentioned above using those links, and we’ll get a small commission.

The Bottom Line
A great power metal assault that, at the same time, serves as a stark reminder of the realities of war.
Reader Rating13 Votes
The power metal onslaught that you've grown accostumed to.
Interesting lyrical content
Musically the band isn't exactly trying new things
4.5