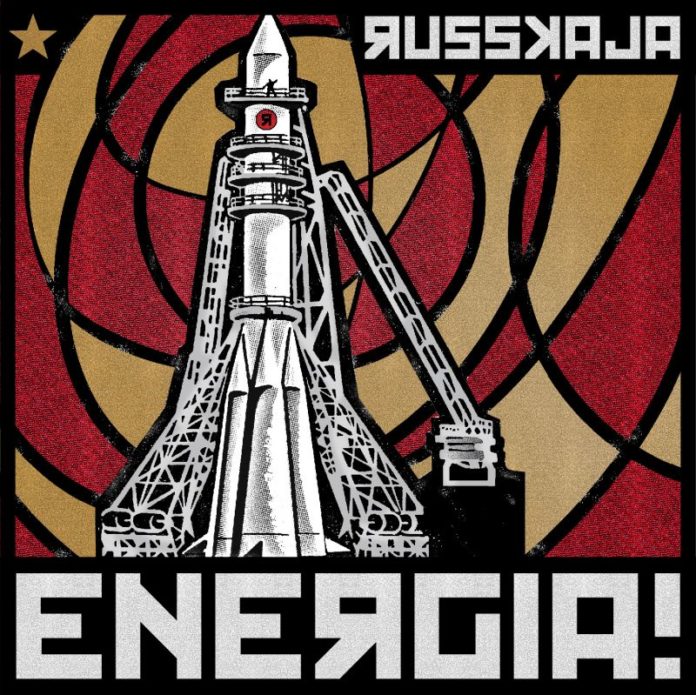 World music has seen a major increase in popularity over the last decade. Bands coming from all around the world have begun to mix their national influences with various, more extreme, genres like punk and hardcore, in most cases, and it was just a matter of time before someone would apply this formula to a Metal band, and that someone is Austrian Russkaja.

Despite being advertised as a Metal release, the truth is that this record (the band’s third, released under Napalm Records) is no more Metal than Kultur Shock or early Gogol Bordello (the big names in this genre). Although it has some strong crossover moments, Energia! is much closer to Punk or Hardcore than Metal. While this doesn’t change the fact that it’s high-quality, animated music that relies mostly on the horn section, showing strong traditional Balkan influences, sometimes it comes off as being too dominated by the brass sections, with Metal appearing as more of a secondary part that’s there to support them. Ska rhythms are the driving force for the most of the record, giving it a rather upbeat feel from the first track down to the last. The more you listen to the album the more you realize how musically varied it is: there are some Hard Rock elements, a pinch of thrash and even some rap, all fused together with pure Balkan energy, led by the brass and the violin.

The production of the record is immaculate, and while the bass, drums and brass are considerably loud, the guitars seem to be turned down for the most part. Although advertised as “mixture of wicked polka beats, Trash Metal, world jazz and Zappa-Rock,” the guitar sound suffers from a serious lack of distortion, which would undoubtedly strengthen the weird kind of energy the band is keen on creating. Another issue is the rhythm: while there are several slower or faster paced tracks, about 85% of the record is based on the same, repetitive Ska-driven drumming, which becomes rather tedious towards the end of the release. Still, in spite of that, you are in for some catchy and spirited tunes, carried out with great musicianship.

Although Energia! is not your typical Metal record, it sure has enough energy to pass as one. If you happen to be a Metal fan, and still fond of World music, Ska, Rakia and brass instruments, you are going to enjoy it in its entirety. However, if you are more of a traditional Metal fan expecting a Russian version of Korpiklaani with sharp, distorted guitars and blast-beat drumming, you might be in for an unpleasant surprise and should probably just take a pass on this one.