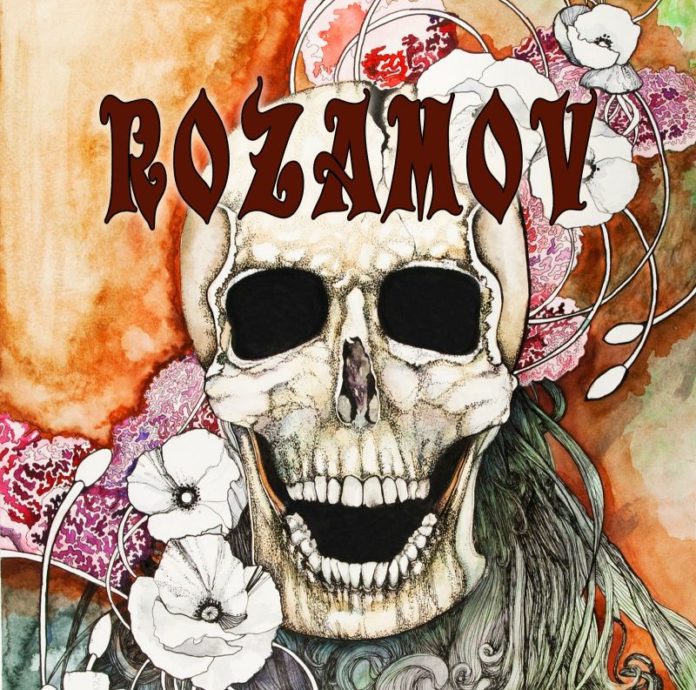 Starting out with the slow-building “Cryostasis,” invoking an almost post-rocky sense of crescendo, Rozamov‘s debut EP displays an excellent sense of dynamics. The track moves into a full-on Kylesa-esque sludgy gallop two minutes in before returning to its crawl, but it’s on the straightly faster cuts “Lexington Is Burning” and “Woman of Fire” that the band truly shines. With rip-roaring ferocity and pentatonic catchiness in equal measure, these tracks are absolute fucking barn-burners, sure to move any crowd to reckless acts of chaos at the drop of a hat. And on the doomy closer “Red Giant,” the band gracefully bring us back into orbit before crashing through the stratos and leaving a red-hot trail of burning atmospheric fire behind.

Although the lead singer’s voice can be more than a bit grating (truth be told, I was really looking forward to a respite in the form of whoever sings backup), Rozamov‘s debut EP displays a wide range of maturity from a relatively young group, with excellent compositional sense and astoundingly talented musicianship from everyone involved. The production from Black Pyramid‘s own Clay Neely helps to accentuate the punchy riffs and driving drumwork, even letting the bass shine clearly through with a heavy bottom end. If you’re on the hunt for something fuzzed-out and stoner influenced without being too slow, you’ll find what you’re looking for in Rozamov and be left wanting much more. Here’s to hoping a full-length is on the way from this young Bostonian quartet; it’d be even better if they decide to swap out who sings lead! Then they’d absolutely demolish, I’m sure of it.