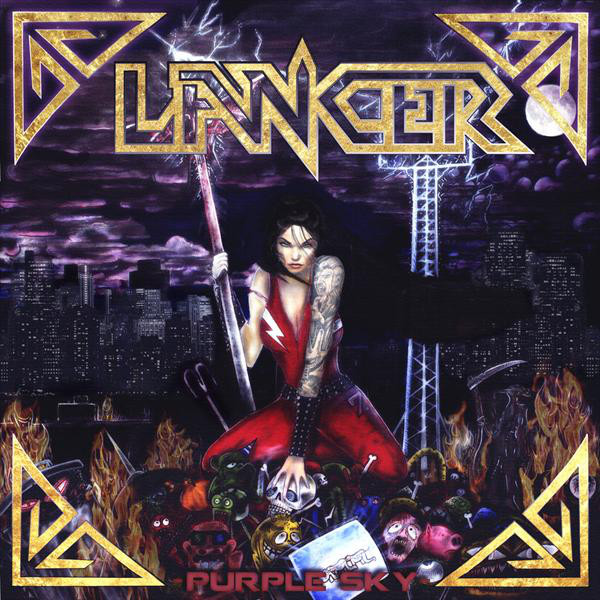 Although they released their first work, “Reaching Higher” in 2010, Swedish metalheads Lancer failed to reach a major audience or to score a record deal. Unabashed by this, and still unsigned, they come back in 2012 with “Purple Sky”, a self-released EP, promising to appeal to fans of Iron Maiden, Helloween and Gamma Ray… not a minor task!

When I received the album, I was skeptical; but then, as soon as I started to listen to it I realized that their blurb was nothing short of accurate. Lancer has delivered a magnificent work that, despite lacking the support of a label, shows a great production and mixing, as well as an amazing musical quality. While the Iron Maiden sound is definitely present, the EP is a prime example of what power metal is all about, with great guitar riffs and powerful drums. True, unlike other power metal singers Isak Stenvall does not show a particularly great range (at least not in this album, who knows what the future brings!)  but he works with what he has in a great manner, delivering a truly terrific performance. While the lyrics are nothing special or memorable, they belong to the power metal genre and stick to your head immediately (hell, if you listen to “Mr. Starlight” and don’t find yourself singing it afterwards, there must be something wrong with you).