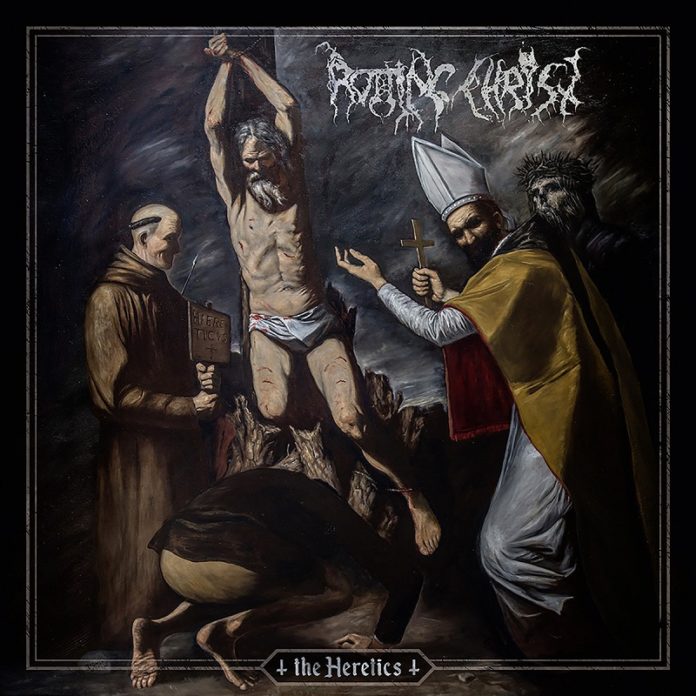 Saying that a band tries new things” is an annoying trope of music reviews. It’s one of those phrases that is used so much that you probably glaze over it without really registering it at all. In the case of Rotting Christ, and I cannot stress this enough, this description is absolutely apt. It only takes a quick review of the band’s earliest efforts, such as 1993’s Thy Mighty Contract, to realize that they have come a long way. Relying more and more in the ever-increasing depth of their sound, they have continued to add new elements to their sound. From the gothic and atmospheric elements of songs like “Der Perfekte Traum” to the cacophonous and anxiety-inducing “Les Litanies de Satan,” the band’s career demonstrates a willingness to grow and expand. We even see this expansion and evolution in the philosophy presented through their music, as the apparent satanism of their youth gives way to an aggressive and relentless antitheism.

It is in this rich tapestry of sounds and ideas that we find The Heretics. Opening with a quote from The Brothers Karamazov about the man-made nature of religious phenomena, Rotting Christ make it clear where they stand. “In the Name of God,” the opening track, serves as the first piece of evidence in their case against religion, as they enumerate the evil and wickedness that religion has inflicted upon the world. Rotting Christ continue their prosecution in songs like “Vetry Zlye” (which incorporates Russian folk singing) and the fantastic “Fire, God and Fear,” which even opens with Voltaire’s famous dictum against religion: “Those who can make you believe absurdities, can make you commit atrocities.”

The music of Rotting Christ, the  weapon they wield in their fight against the religious establishment, continues to rely heavily on atmospheric elements, resorting to choirs and samples to create a feeling of dread and anxiety. The use of hypnotic drum patterns repeated ad-infinitum, mixed in with ominous chants, give some sections the feeling of being part of a dark and forgotten ritual, lost somewhere in some dark corner of a temple. Even when they use their music to accompany the works of Edgar Allan Poe, as they do in “the Raven,” the recitation of the poem becomes darker than Poe would have ever expected.

At a time when religious bigots continue to push for the punishment of heretics (having successfully managed to do so even in the supposedly secular Western Europe) The Heretics is a necessary album. Not only is this album a testament to the skills of Rotting Christ as musicians, but also a much needed reminder of the importance of heresy, apostasy and freedom of speech.