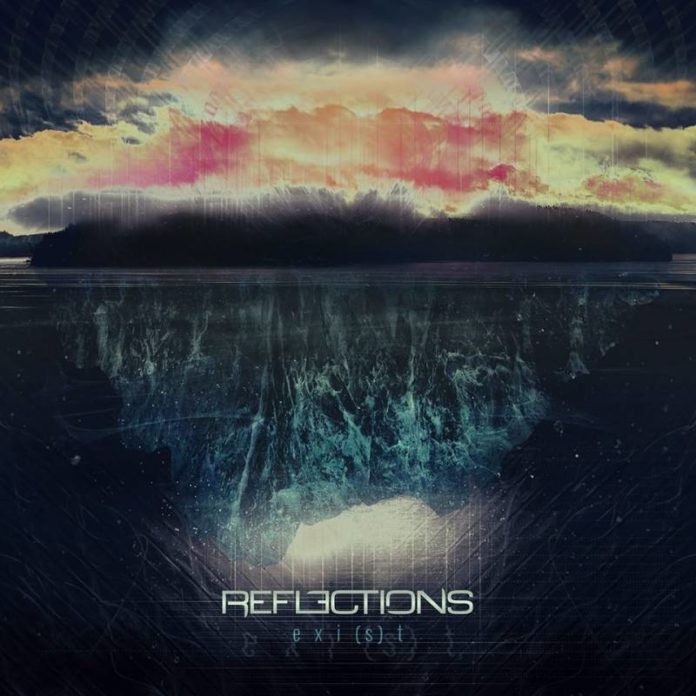 You know, I very rarely regret listening to an album. It’s no fun taking a shit on something that a group of people slaved away on for months at a time. It also, however, doesn’t do anyone any good heaping fake praise onto something that frankly just isn’t very good. Exi(s)t, by Reflections, is one of those albums.

It’s hard to even determine where to begin, so let’s look at the big picture for a bit. Every element on this album seems to be fighting each other – instead of working together harmoniously. The mix of djent, -core, and post-hardcore elements that Reflections tries to blend together just for some reason do not mix well. Songs feel sloggy and stilted – like driving a car with a bad fuel pump. Just when you think things are about to take off into something interesting, they come crashing back down with some sort of awkward start-stop riff accompanied (of course) by matching footwork. There are plenty of examples on Exi(s)t, let’s check out “Bridges” for one. You know what? The first two minutes of this song are pretty good. A little slow in the start, but an absolutely bone-crushing riff hits around a minute in. “Alright, this shit is about to get good!” you say to yourself. Hold up there, buddy. The last half of this song features a horrific shift in tone, managing to slow it down to a grinding halt and absolutely killing any momentum that the first half managed to build up. Moments like this happen all throughout Exi(s)t, routinely killing any sort of flow or pacing that might have mistakenly popped up.

Guitars constantly seem to overpower every other instrument used on the album. This would be ok, if they ever did anything remotely interesting. However, they do not. As mentioned before, many riffs come off as choppy and stilted; funny enough the faster they are the better. This is why songs like “Candle” are tolerable (even, *gasp*, good!) and songs like “Vain Words From Empty Minds” are not. Very few bands can pull off the repetitive chugs and arrangements that are on Exi(s)t and make it sound good, and if they can’t they usually throw enough shit into the blender to distract you from that fact. There just isn’t enough variety – even with the odd throwaway gang shout, or female vocal passage. By now, those are genre staples and have seen way better execution. Drumming doesn’t fare much better, lacking in energy and mainly playing follow-the-leader to whatever start-stop riff the guitars are churning out at the moment.

Nothing meshes well on Exi(s)t, and it’s a damn shame. The album never seems to get off ground level, no matter how many times it almost seems like it will. As the year in metal winds down, there are much better albums to go back and listen to than this one.