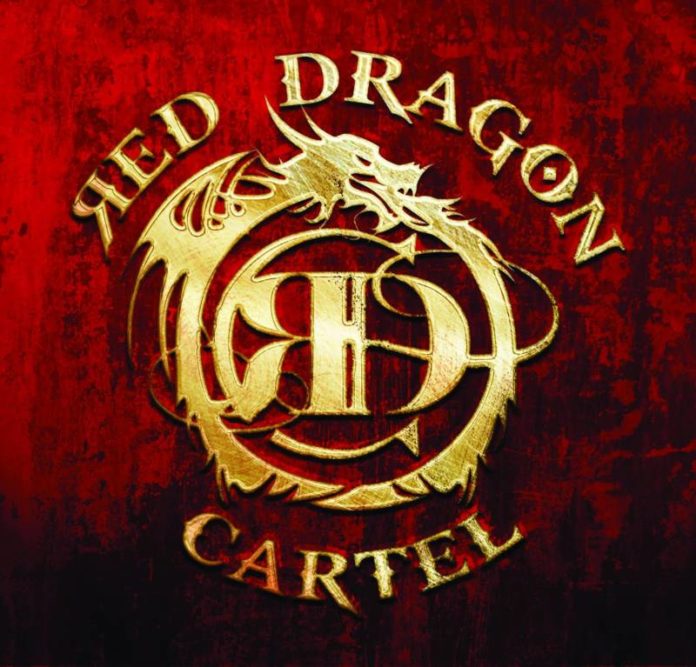 I’m one of those weird people out there who actually counts Jake E. Lee as their favourite Ozzy Osbourne guitarist. As much as Randy Rhoads and Zakk Wylde are fantastic players in their own right, I’ve always been taken aback by the flash and precision in Jake‘s playing. From the razor sharp precision on songs like “Never Know Why” and “Rock ‘n Roll Rebel” to the classy, hard rocking blues he was working in Badlands, his guitar work has always been invigorating and inventive to my ear.

As you can imagine, I was excited to hear that he was launching a new project under the title Red Dragon Cartel. With Beggars & Thieves bass guitarist Ronnie Mancuso in tow, the line-up was then completed by two previously unknown musicians in the form of UK-born vocalist D.J. Smith and Vancouver drummer Jonas Fairley, the new band set about rehearsing and recording for what would ultimately be there debut album.

The album kicks off with upbeat hard rock in the form of “Deceived”. Positive vibes permeate the song, as if ushering in good karma for the varied album to come. Stand-outs come in the form of  advanced single “Feeder” (featuring Cheap Trick‘s Robin Zander on lead vocals) and “War Machine”, where Smith shows not only his capability but also his similarity to Ozzy. I’m sure that said similarity was entirely intentional on the part of Lee and Co. as they will undoubtedly bust out some of those old mid-eighties gems. A good way to help audiences acclimatize to this new beast.

Honestly, hearing D.J. in action makes me wonder why they felt it was necessary to bring in so many guest vocalists. You have the aforementioned Robin Zander collaboration, as well as a song that features Paul Di’Anno, one that features In This Moment‘s Maria Brink, and yet one more that features Sass Jordan. I really enjoy Smith‘s style, as do I like most of the songs that feature the other singers. It is, however, fairly jarring that four out of the album’s 10 songs feature guest vocalists. Despite that fact that almost all of them are fantastic, the near-constant shifting is the album’s biggest flaw.

Regardless, Jake has come back into the spotlight with a great set of songs and a fantastic band at his side. Everything is tight, the band’s songs groove and roll effectively and efficiently, and everything recalls the man’s illustrious past without ever becoming a rehash. Red Dragon Cartel is a great album and I can’t wait to see these guys on tour.